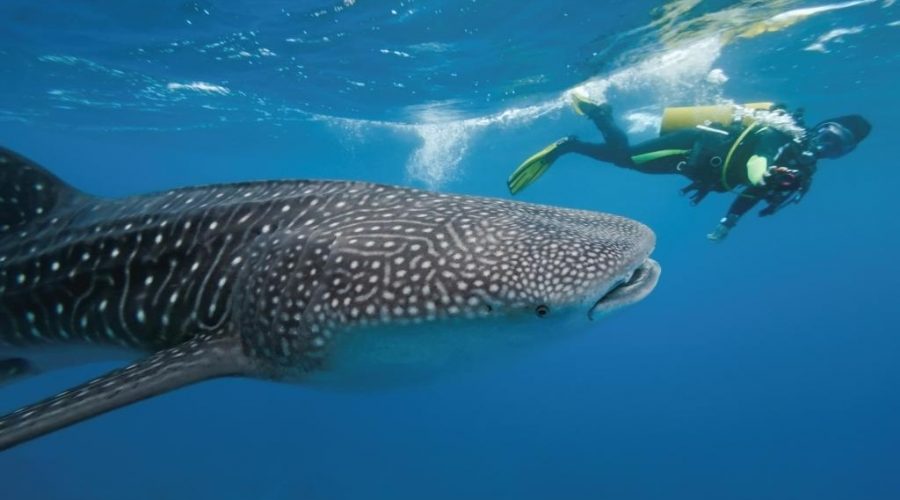 Theatre goers are invited to immerse themselves in the wonders of the ocean when the The International Ocean Film Festival UK comes to Hall For Cornwall in Truro on Thursday 04 September.

A truly stunning selection of ocean films will be available to watch during the one-night festival. This extraordinary collection documents the beauty and power of the ocean, and celebrate the divers, surfers, swimmers and oceanographers who live for the sea’s salt spray; who chase the crests of waves; and who marvel at the mysteries of the big blue.

From its Australian origins, this world tour feature the world’s most captivating ocean-themed short films – both above and below the surface. Some of the highlights in The International Ocean Film Festival UK include:

– In And Then We Swam, two friends set off to row across the Indian Ocean, but disaster strikes after 116 gruelling days
– After a car accident paralyses her from the waist down, Pascale manages to fulfil her dream of being able to surf in Duct Tape Surfing
– See the triumphs, trials and harsh realities of the everyday lives of Haenyeo: Women of The Sea – female free-divers who have collected seafood off Jeju Island, in South Korea for centuries
– In Immersion, find out about monster swells at Shipstern’s Bluff, off Tasmania’s south coast
– In People Under the Sea, the seabed off Mexico becomes an underwater museum for visitors to explore
– Feel the adrenalin as a surfing duel breaks out between a male and female surfer off Ireland’s west coast in Riders to the Sea
– World champion free-diver Guillaume Néry will make you breathless as he reaches depths of more than 100m and stay below the surface for more than seven minutes at a time in Sportlife Saga: Water
– Discover the incredible friendship that develops between two beings linked by the sea, whale sharks and fishermen in The Giant & The Fishermen
– In Till The Luck Runs Dry, a Cornish beach is transformed as Tony leads you on an artistic and musical journey as the waves begin to roll in
– In Variables with Kimi Werner, Maui born Kimi strives to find her place in the ecosystem – discovering balance in an unlikely place

The International Ocean Film Festival will be at Hall For Cornwall on September 4 at 7.30pm, with the doors opening at 6.30pm. Tickets are £14 plus concessions. Your ticket price includes a £1 Theatre Fund payment for the preservation of the theatre for future generations. Call the Box Office on 01872 262 466 or book online at www.hallforcornwall.co.uk