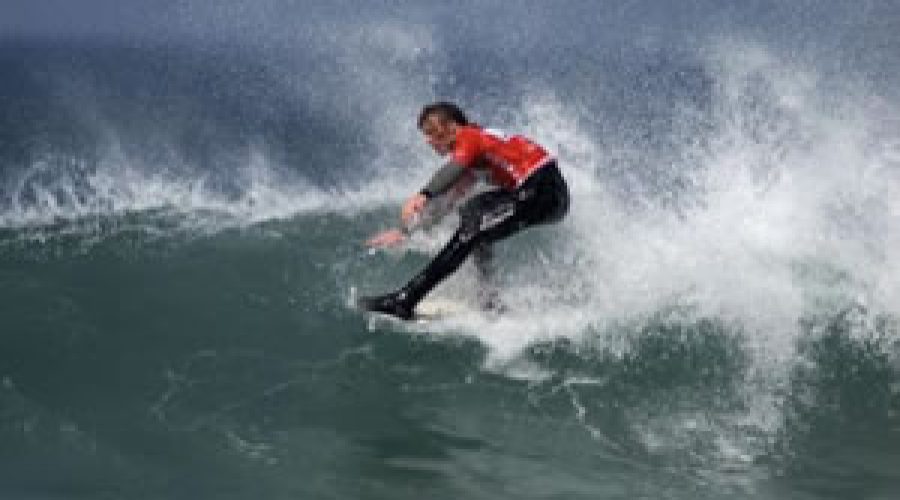 Battle of the Bens at Longboard Contest A North Devon surfer is hoping to clinch the British title next month as the Extreme Academy Midsummer Classic comes to Watergate Bay.

Ben Haworth, from Barnstaple, is the form surfer in this year’s British Longboard Union (BLU) series, having won both of the contests held so far. The 21-year-old will be hoping Watergate Bay dishes up great waves for the weekend of 11th and 12th June, as a win in Cornwall could see him become British champion for the first time.  But to do so he’ll have to get past three-time European champion Ben Skinner, who in second place on the rankings is the surfer most likely to disrupt Haworth’s ambitions.

Ben Haworth said: “I’ve had an amazing start to the year. Winning the first event at Perranporth put me in such a good state of mind that I just wanted to win again. The second round was at Saunton, which is my local beach, and I think that helped a lot. I was so excited about that event that I hardly slept the week before.

“I only need to get one more good result and if I get that then the British title is in the bag. It’s great surfing against Ben (Skinner) – he has won around 20 British titles and is one of the best longboarders in the world so it’s amazing to be in the water with him.
“I used to feel quite intimidated to surf against him but now I’m a bit older I’ve kind of got used to it and now all I want to do is win, and to do that you’ve got to beat whoever you’re up against.”

Newquay surfer Adam Griffiths is also one to watch. The 23-year-old won the English National Championships in May, also held at Watergate Bay, with Ben Skinner coming second in a closely-fought final.

Two other surfers in different divisions could also seal British titles if they are able to win at Watergate Bay. The Ladies division sees Candice O’Donnell well ahead on the rankings having won two out of two events. If Candice makes the final, her top four placing should be enough to see her crowned British champion.

It’s the same story for Josh le Marquand in the Junior (under 18) category who is unbeaten in the BLU this year. The Jersey surfer is the current European junior longboard champion and is widely regarded as an emerging talent on the longboard circuit.

Will Ashworth of event sponsors The Hotel & Extreme Academy, Watergate Bay is confident that spectators will be in for a treat. He said: “We’re really pleased to be supporting this event for the third year as British longboarding is going from strength to strength at the moment. There’s a real depth in talent with many of the senior competitors continuing to perform at the highest level on the international stage, which in turn is fuelling the ambitions of an impressive crop of juniors.”

Competition in six divisions – Open, Women, Junior (under 18), Masters, Under 16 Boys and Under 16 Girls – begins at 8.30 am on Saturday 11th June. Entry forms can be downloaded from www.british-longboard-union.co.uk