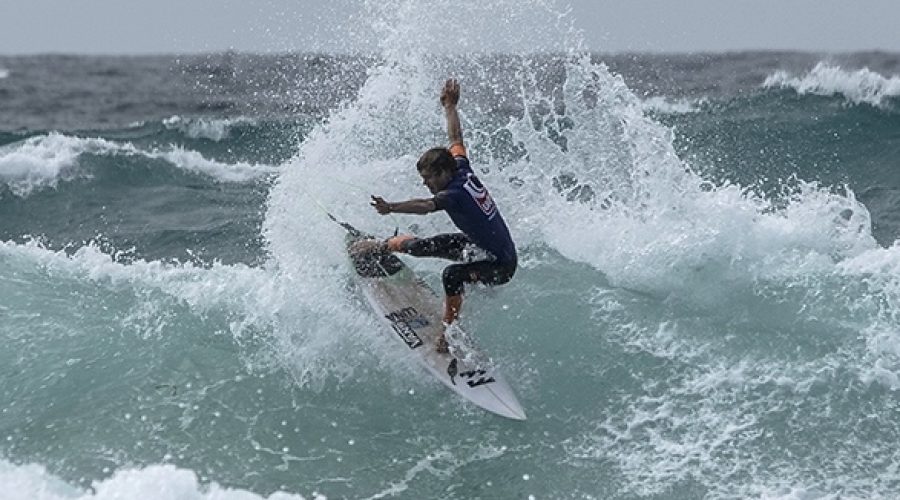 The best up-and-coming young surfers, representing schools from all over the UK, competed in pumping 3-4 foot waves at Fistral Beach for titles in the UK Schools’ Surf Pro-Am championships.

The event, now its second year and a key stop on the UKPSA Pro Tour, is organised by Newquay’s Treviglas Surf Academy, with under 18, 16 and 14 girls and boys divisions, as well as an under 12 open event to cater for the younger surfers.

A full entry field with many of the UK’s top juniors in attendance meant that the standard of surfing was as high as possible.  Surfers represented schools from across the UK, including Wales, England, Jersey and the Isle of Wight. The sun shone as the surfers showed off their skills in the UK’s premier surf arena of Fistral Beach.

With such a high standard of surfing seen in each division, the event gives juniors the much needed competition experience to take their surfing to the next level. In the Fistral Beach Under 18 Boys division Harry DeRoth from St Ives won his second event on the tour this year consolidating his position at the top of the UKPSA rankings. Second went to an in form Rhys Barfield from Hatlyn, with Jersey’s Charlie Rio in third and Hayden Bishop also from Jersey in fourth. The Dritek Under 16 Boys was taken out by British Squad member Liam Murray Strout from Port Issac, with  Newquay’s Sol Hawkins in second, Newquay’s Kameron Matthews in third and Jersey’s Will Masterman in fourth.