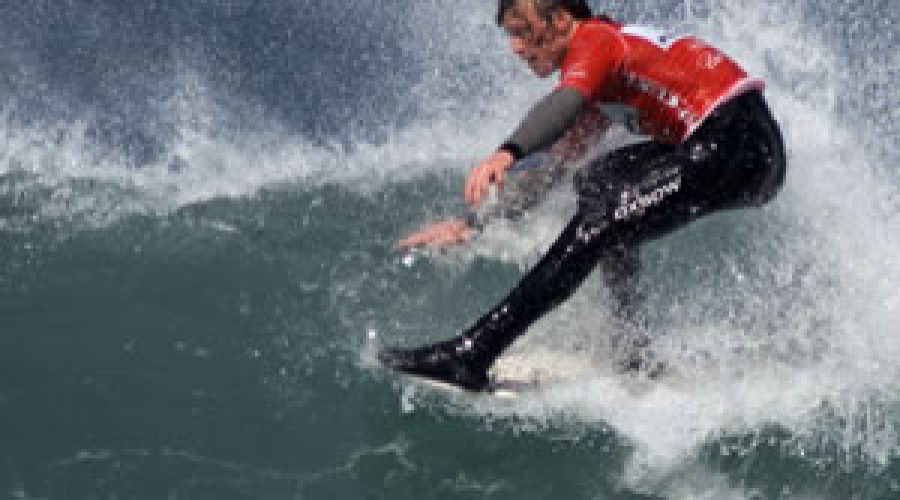 A top-class field of longboard surfers are expected at Watergate Bay for the Extreme Academy Midsummer Classic on June 20 & 21. As the third of five rounds of the 2009 British Longboard Union (BLU) series, the event marks the mid-way point on the tour. And with British longboarders currently enjoying a fresh wave of success on the international competition circuit, the event is set to provide spectators with a high-calibre display of this graceful and stylish form of surfing.

“The Midsummer Classic is one of the longest-running events at Watergate Bay, so it’s great to take the connection a step further this year with the Extreme Academy becoming the title sponsor of the event for the first time,” said Will Ashworth, Managing Director of The Hotel & Extreme Academy, Watergate Bay.

“It’s a grass roots surf competition – there’s always a fantastic atmosphere on the beach because the competitors and organisers are all genuinely passionate about their sport, from the up and coming junior surfers to the old hands in the Masters division.”

Two longboarders currently enjoying a run of great form are Cornwall’s Ben Skinner and Candice O’Donnell. Both are leading the BLU series after two events, and both won English national titles at Watergate Bay last month.

And later in the year, both surfers will represent Europe on the elite Oxbow World Longboard Tour following a double victory in the European qualifying event in Tapia, Spain in April.

One surfer determined not to be overawed by the “Skinner effect” is Welsh Longboard champion Elliot Dudley, currently just 90 points adrift after two rounds. With 1,000 points available for the winner at Watergate Bay Dudley is in a strong position to reclaim his BLU champion status for a second consecutive year.

Other surfers still in contention in the Open division include the 2008 English Champion Ben Haworth, and former British junior champ Adam Griffiths.

As well as the Open, surfers will compete in the Junior, Ladies and Masters divisions. Trevelyan Garland is out in front in the Junior standings with a win and a second place in the first two events.

Candice O’Donnell leads Grace Davies and Marina Lee in the Ladies, while Adrian Howell is topping the over-40s Masters division.