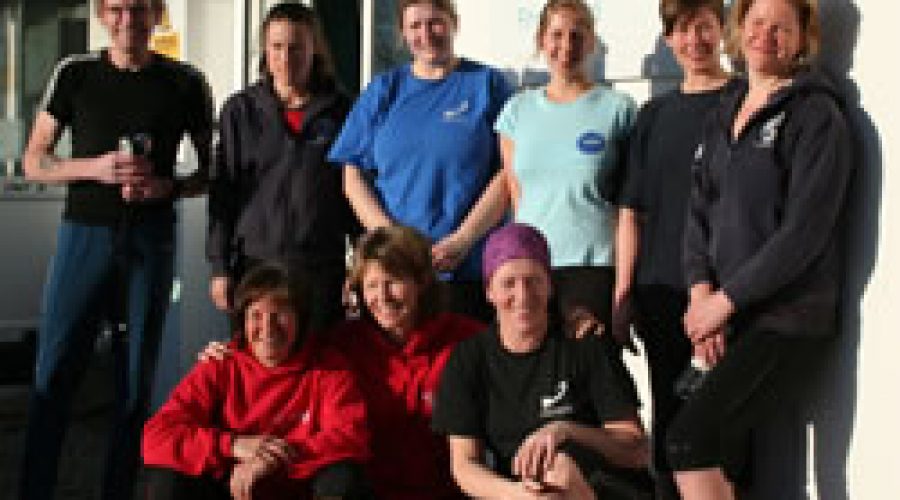 Members of the Bude Surf Boat Club are celebrating after setting a new World Record.

The eight-strong, all female team are set to enter the record books after scaling the equivalent of Mount Everest on the specialist Versaclimber Sport climbing machine. Together, they climbed 8,848m in 2hr, 13min and 27sec, beating the previous record by just over 32 minutes.

A crowd of friends and family, as well as a group of independent witnesses gathered at the Aspire Fitness Pod in Bude to watch the record attempt and cheer on the team. Evidence of the achievement will now be sent to officials at Guinness World Records who will review and verify the claim.

The members of the Club chose to attempt the record after using the Versaclimber Sport as part of their training programme. It has previously helped the Bude Runners team on their way to securing the coveted titles of Summer Series Champions, UK Champions and European Champions.

Used by athletes and gym users across the country, the Versaclimber Sport provides a step to climb ratio of 1:1, resulting in a zero-impact total body workout. Its standard hydraulic resistance can also be altered by up to 227kg to play an integral role in any fitness regime.

“This was a real team effort and we’re all thrilled to have beaten the previous record by such a significant amount, reaching an average speed of 217ft per minute.

“Preparations for the attempt have played a vital part in our winter training and it’s helped to ensure that the team is in peak physical condition ahead of the 2011 season.

“The record breaking doesn’t end here and we’re already planning to take on a special 12 hour challenge in September.”

Neil Kelford, managing director of Versaclimber UK, added: “The Bude Runners and other members of the Bude Surf Boat Club team really are at the top of their game and we’re happy to hear that the Versaclimber Sport has played such a vital role in that.

“To make it into the record books is a fantastic achievement and it goes to show what’s possible with the right equipment and training programme.”

The Bude Runners are now back in training as they prepare to compete in the Truro River Race in April.