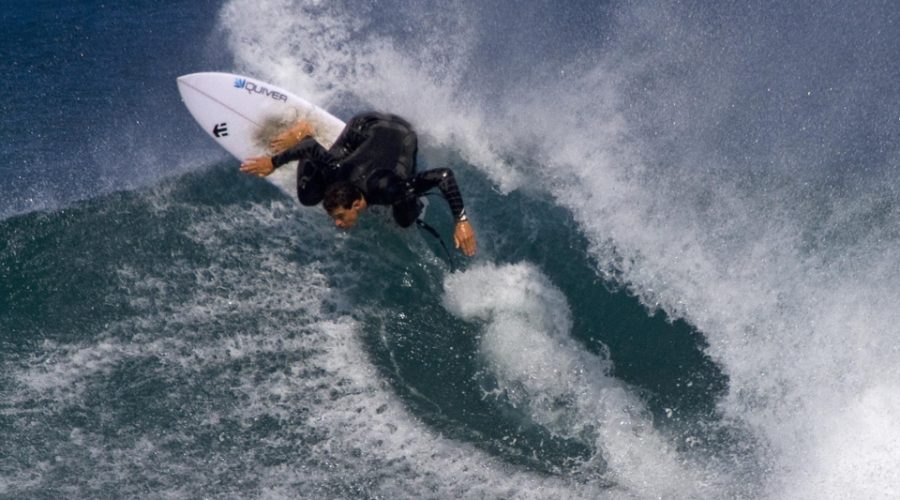 The UK’s best surfers will descend on Watergate Bay next month to compete for the chance to be national champion.

Firmly established on the European surfing calendar, The English National Surfing Championships takes places from Saturday 3 to Monday 5 May.

Student Jon Green, who is part of the student organisational team, said: “We’re hoping for good weather and some great waves. We spoke to last year’s champion Russell Winter who said he’s looking to retain the title. He’s been spending the past few months training in Barbados, so he’s definitely one to watch.

“We want as many spectators on the beach as possible but we’re going to put out plenty of updates on social media so people who can’t make it can still feel part of the action. There’ll be video interviews with the surfers as they come out of the water and a photographer will be putting out action shots.”

The event also marks the beginning of the UK Pro Surf Association Tour (UKPSAT), in which the next generation of surfers go head to head with more experienced tour members.

Champions will be decided across 14 divisions which include Open, Longboard, Masters, Veterans, Ladies and Junior categories.

Newquay’s Mark Harris came third in last year’s Men’s Open, losing to Russell Winter in the final. Mark said: “The English Nationals is the first event of the year so everyone’s been training all winter. I’ve been surfing lots of spots that don’t usually break, because of the abnormally large swells, so it’s been a good winter to be at home.

“Last year the standard in the final was so high and Russell just beat me to it. I’ve got some new surfboards coming from my sponsor Quiver so hopefully I’ll get a good start to the tour. I’ve always wanted to win the English Nationals as it’s got so much history behind it. It is exciting to compete against the best surfers in Britain at my home break at Watergate Bay.”