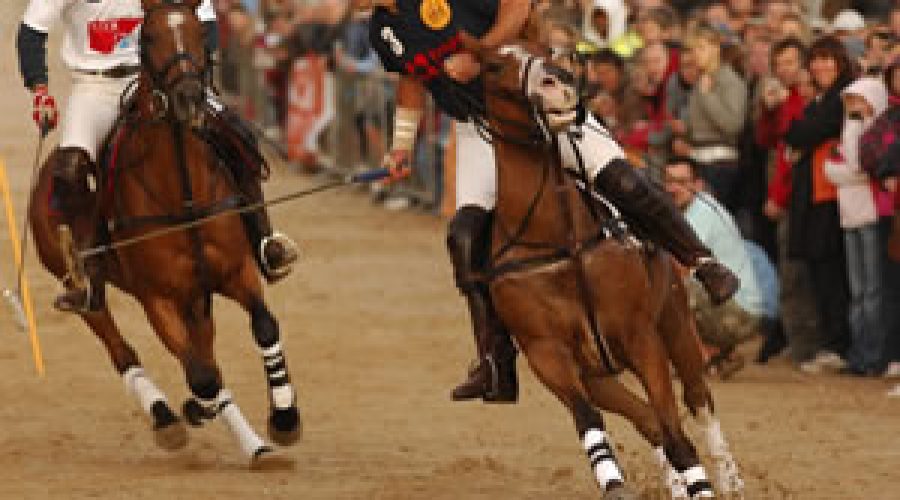 Watch Polo on the Beach Visitors to Watergate Bay will on Tuesday 06 September will see some of the UK’s finest polo players in action in the fifth annual Polo on the Beach event.

The event always attracts a large crowd drawn to the spectacle of watching the talented horseman thundering accross the sand in the UK’s only beach polo event.

Entertainment at the Veuve Clicquot Polo on the Beach will start at 3pm on Tuesday 6 September with a beach barbeque and champagne bar. The match itself will start at 6.30pm.

Professional polo player Richard Blake Thomas, who has competed in Polo on the Beach for the past three years, said the atmosphere at Watergate Bay is hard to beat. “It’s just great fun, and gets bigger and better every year,” he said. “This year spectators can expect to see sun, sea, sand, sweat, and sibling rivalry. Oh, and lots of Veuve Clicquot if bubbles are your thing.”

The teams – Joules and First Great Western – will play a four chukka match, with expert commentators on hand to explain the rules of the game and action on the beach as it unfolds.

Spectators will be kept on their toes, as they can view the fast-paced match from very close quarters. Organisers have secured the strongest lineup of players yet, with two current England squad players, James Harper and Jamie Le Hardy, confirmed to play.

Rounding off the evening the presentation of trophies will take place on the lower deck of The Hotel at 7.45pm. The winning team will raise the Watergate Bay Trophy presented by Cloudy Bay, with the star player picking up the HSBC Most Valuable Player trophy. The Smith & Williamson Best Playing Pony trophy will be presented to the player who rode that pony.

Photographers will be on hand to capture those present. After the match spectators can find their image at facebook.com/poloonthebeach and ‘tag’ themselves to be in with a chance of winning one of four prizes. These include a 2 night stay in The Hotel, a limited edition player shirt, a magnum of Cloudy Bay wine, and a half day surf lesson for two from the Extreme Academy.