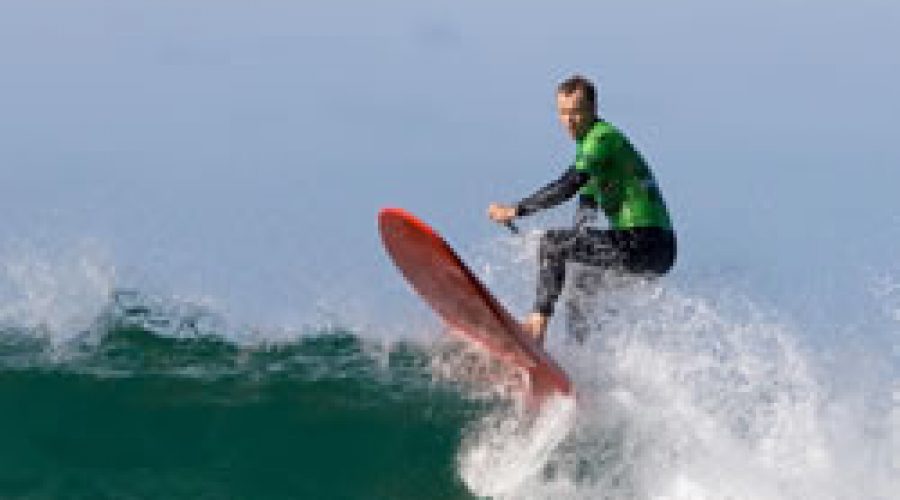 Adventure Activities Cornwall is very excited to find out that three of Britain’s best stand up paddleboarders will be launching the Surfers Against Sewage (SAS) 2010 Challenge, a Guinness World Record™ breaking attempt to cross the English Channel in June this year . The launch is taking place at West Wittering windsurf club at 11am this Friday, 29th January to get the ball rolling in a massive attempt  to raise at least £10,000 for SAS’s campaigns and celebrate the organisation’s 20th anniversary.
Matt Argyle (Chairman of the British Stand Up Paddle Association (BSUPA) and ranked 2nd in the UK for stand up paddleboarding), Claire Blacklock (UK women’s stand up paddleboard champion) and Simon Bassett (BSUPA head coach) will be joined in June by longboarding champion Elliot Dudley and UK stand up paddleboarding champion Jock Patterson for the crossing attempt, which could see them break aGuinness World Record™ along the way.
In the first event of its kind, the paddleboarders will set off from Dover and aim to arrive in Calais around five hours later, having completed the crossing of the world’s busiest shipping lane. The event will be taking place between 18th-25th of June, with the paddlers waiting for the best tide and weather conditions in which to make the 21-mile crossing. If the paddlers are successful they will be the first stand up paddleboard team to have ever crossed the English Channel, and could potentially break the record for the fastest paddleboard crossing as well.
The Guinness World Record™ for crossing the English Channel by paddleboard currently stands at five hours and nine minutes, and was set by US paddler Michael O’Shaughnessy in 2006.
The event has been put together by SAS with the support of BSUPA, and the paddlers aim to raise at least £10,000 in sponsorship money to support SAS’s campaigns to protect surfers and waveriders, waves and beaches around the UK. If you would like sponsor the 2010 Challenge please go to www.justgiving.com/2010challenge and make a donation.
SAS Director Hugo Tagholm says, “We are delighted to have such a fantastic team of Britain’s best stand up paddleboard talent to make this world record attempt. The event will raise vital funds and awareness for our ongoing campaigns protecting the UK’s oceans, beaches and coastlines for everyone to enjoy. It’s also a great way to celebrate 20 years of successful SAS campaigning!”
Chairman of BSUPA Matt Argyle says, “This is a fantastic opportunity for BSUPA and stand up paddlers to raise money for SAS, an organisation that has made a demonstrable difference to the quality of the environment that all water sports enthusiasts rely on. All of the paddlers will be training hard take on this challenge and we hope to raise as much money as possible.”