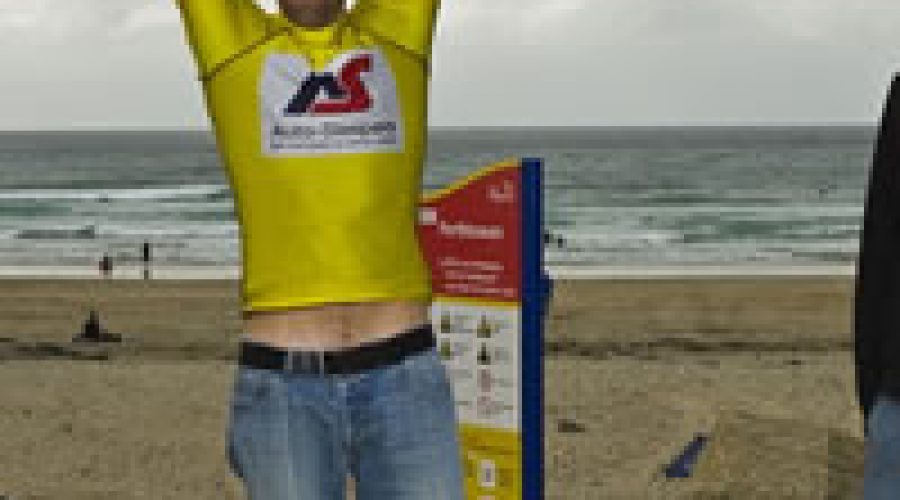 The 2009 BSA/BBC Auto-Sleepers British Bodyboard Nationals have been completed, with impressive performances across all divisions and a new National Champion crowned.

With highly contestable waves at Porthtowan, the cream of British bodyboarding ripped the conditions apart in pursuit of the biggest prize pot in European national championship competition. The highlight was the Open and Drop Knee finals, with the winners needing near perfect scores to win.

The Porthtowan banks were producing an abundance of open faces and rampy sections, so there was no shortage of opportunity for the competitors to strut their stuff.

The Open final was stacked with three generations of top British bodyboarders — elder statesman Danny Catten, the grand master Damian Prisk and newer schoolers Remi Geffroy and Jack Johns. Prisk opened his account early with a move-filled wave that ended with a big ARS that he was unlucky not to land as the wave reformed. Jack Johns was surfing with a silky-smooth style but lacked any big moves above the lip line. Remi Geffroy looked tired after making the second major final of the event. Other than a wave with three rolls on it he seemed a little lost in the three- to four-foot peaks. Catten found his rhythm 10 minutes into the heat with a set wave that included a barrel roll, a cuttie reverse then a big invert air on the inside. The judges threw him a 10 and he spent the next 10 minutes waiting patiently for a back up wave. After another big outside roll and combo packed inside connection the title and a cheque for £1,000 were his.

The event was a great success with an excellent standard of riding. Conversations on the beach suggest that it was the best British National Championships ever. Roll on next year.

The Beach Hotel U16