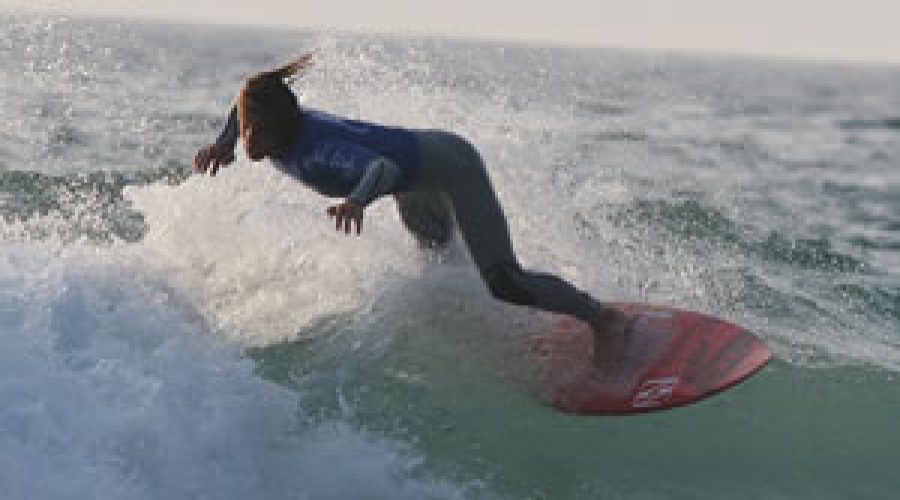 The legendary Night Surf contest pioneered at Lusty Glaze Beach in Cornwall almost a decade ago will return to the Newquay beach in 2010 for a celebratory 10th anniversary bash.

After a break of one year, the Midsummer Night Surf is coming home to Lusty Glaze Beach on Friday 18 and Saturday 19 June 2010 with a new event format to excite and inspire competitors and spectators.

The Night Surf is a unique surfing contest in that it is held partly under floodlights positioned on cliffs around the beach. As the sun goes down, surfers can continue competing through to dusk thanks to the added illumination.

As Lusty Glaze is a horseshoe shaped cove surrounded by high cliffs, the beach forms a natural amphitheatre for watching amazing surfing action from some of the country’s top wave riders.

Event organizer and co-owner of Lusty Glaze Beach, Jeremy Griffiths, commented: “There are very few places in Cornwall, or in the UK, which are so perfectly set up for this kind of surfing event. The surf, the cliffs, the beach, the facilities and the enthusiasm are all here to make this a magical event.”

The Midsummer Night Surf has historically been one of the country’s most popular surfing events for competitors and spectators with thousands of people making it down to the beach each summer to watch the spectacle. As well as the surf contest, the event features day and evening entertainment including live music, a big beach barbecue and a massive fireworks display on the final evening.

Mr Griffiths added: “Many felt the contest’s absence from Lusty Glaze this year left a big hole in the Cornish summer events calendar. We’re delighted to be able to rectify this and bring the Midsummer Night Surf back to Lusty Glaze Beach in 2010.

“And as this is the 10th anniversary year we have a few surprises up our sleeves to make sure this will be the biggest and best Night Surf yet.”