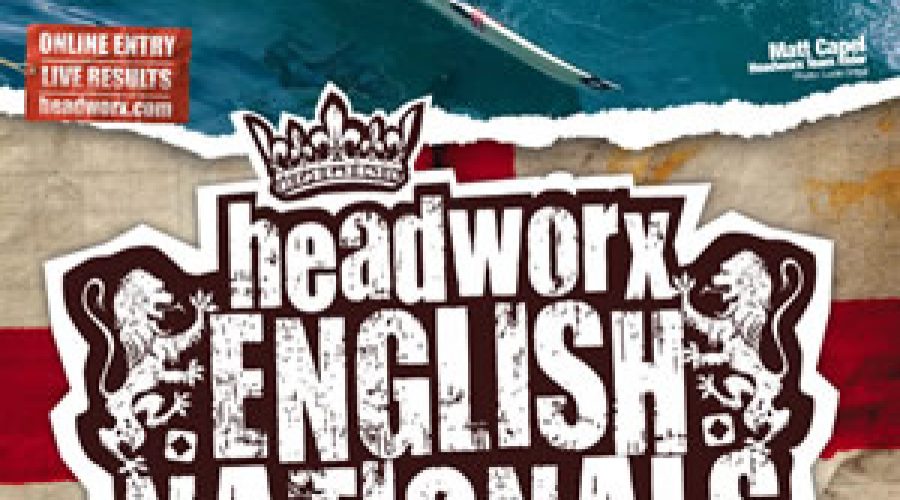 England’s top surfers are making final preparations for the
first big national competition of the year as the Headworx English Nationals
returns to the Extreme Academy, Watergate
Bay next weekend.

Starting on Saturday 3May, the three day event is one of the biggest surfing
competitions in Europe, with over 300 surfers
taking part to decide national champions in 24 divisions.

There is plenty at stake. As well as the prestige of being crowned a national
champion, the winning junior surfers will also enhance their chances of
representing England
at the European Junior Surfing Championships later this year.

“The huge range of divisions and large number of surfers competing makes the
Headworx English Nationals a really special event,” said Ben Byfield from
Headworx, based at nearby Tolcarne
Beach in Newquay.

“At Headworx we have been sponsoring core surf events since the company was
founded in 1976, and the English Nationals is a great event to be involved with
because it’s all about the grass roots of surfing.”

Two surfers currently in great form are Headworx team riders Matt Capel and
Johnny Fryer, both of whom finished on the podium at the season’s first UK Pro
Surf Tour contest at Croyde last month.

Now in its 36th year, the Headworx English Nationals has expanded again to
include a total of 24 divisions. Competing surfers range in age from 8 to over
60, and as well as the coveted Open title there are divisions for bodyboard,
longboard, kneeboard and, for the first time, stand-up paddle surf.

The Extreme Academy has been home to the English
Nationals since 2002. With quality peaks at all stages of the tide, Watergate Bay’s two mile stretch of beach gives
organisers the option to run four sets of heats simultaneously throughout the
three days of competition.

In the Junior division, 18 year old Aiden Wright from Newquay is the defending
champion. Aiden, who has won the title for the past two years, is keen to
continue his momentum in 2008: “It’s my last year as a junior and I hope to
make it the dream three titles in a row before I move up into the Open ranks
next year. I’m excited and can’t wait for the event to start.”

“I have been looking forward to coming back to defend my title as it felt so
good to win last year,” said Oli. “Some of the best surfers in the country will
be there so it’s never easy. It’s an opportunity to put all that winter
training into practice. After last year’s win I had so much confidence going
into the competitive season.”

Those unable to make it to the beach can watch the action unfold on the
Headworx website: www.headworx.com . Results will be updated regularly
throughout the event, and there will be daily video highlights and photos
uploaded after each day’s heats are concluded.

The Headworx English Nationals are run by the English Surfing Federation (ESF),
a non-profit-making organisation dedicated to the support and development of
English surfers.

* For surf schools and surfing lessons see our page on surfing in Cornwall.