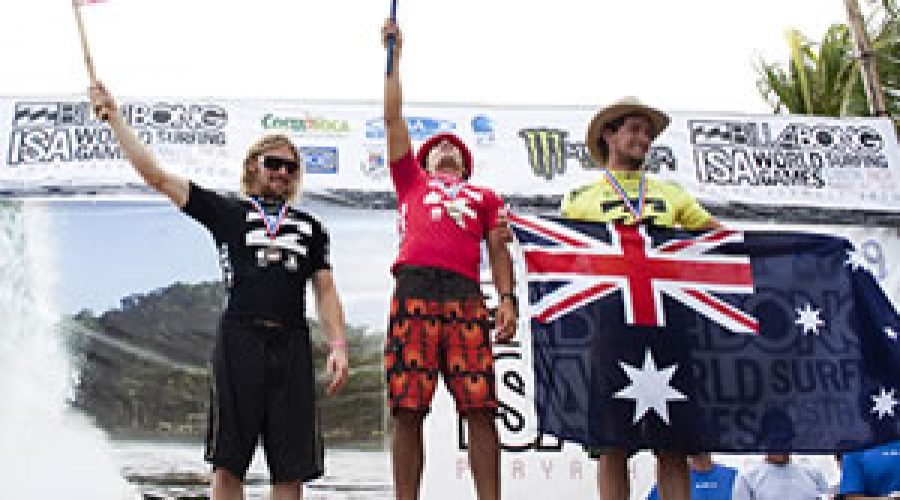 Ben Skinner is Number Three in the World Cornwall based longboarder Ben Skinner achieved a podoium finish at the ISA World Surfing Games in Costa Rica in August with an impressive third place ahead of some of the world’s best nose riders.

Skindog put in an outstanding performance to carry him through the contest all the way to the final where he narrowly missed out on a world title by falling just a few points behind contest winner Antoine Delpero from France and second placed Harley Ingleby from Australia. It is another astonishing success for the Newquay surfer who finished in second place at the last World Games held in California two years ago.The ISA World Surfing Games is considered to be the Olympics of surfing and attracts the world’s best wave-riders.

In the longboard division, Skinner surged ahead of such legendary surfers as Bonga Perkins from Hawaii, who is one of his personal heroes. Welsh longboarder Elliot Dudley also performed very well to reach the quarter finals, showing that British longbaorders are amongst the best in the world.

Despite the great results of its longboard surfers, the British team had to make do with a disapointing 25th place which was way below its mission to make it into the top ten of surfing nations.

The USA clinched the country title with great individual performances across the divisions including a second place in the men’s final for Cory Lopez and a first place in the women’s for Courtney Conlogue. France finished an overall second, with Australia in third.