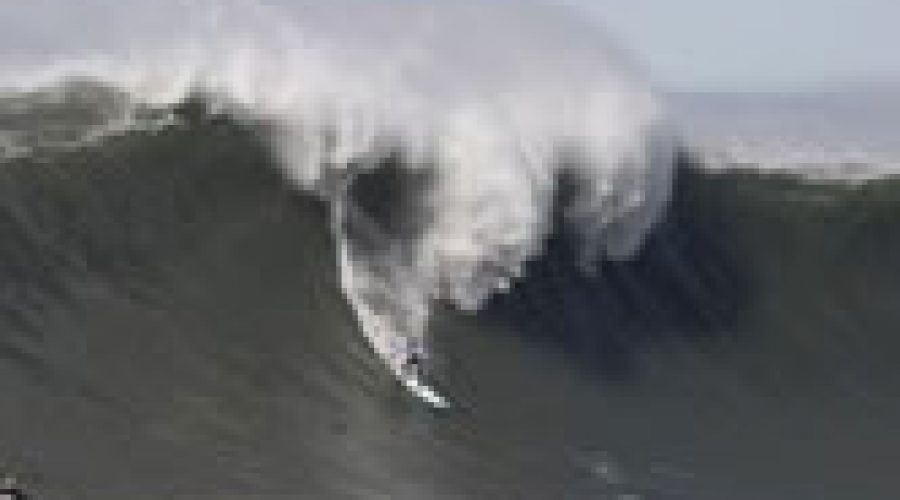 We’d like to think that all the waiting around for the Cribbar to go off in Newquay was just the practice Chris Bertish needed to go on and etch his name in Mavericks lore and be crowned champion of the 2009/2010 Mavericks Surf Contest® Presented by Sony Ericsson and Barracuda Networks. Today, we are proud of ex-Newquay resident as he paddles into big wave surfing history books.

With waves described by the competitors as some of the biggest they have ever paddled into, and in front of a crowd of approximately 50,000 fans, Bertish outlasted Shane Desmond, Anthony Tashnick, Dave Wassel, Carlos Burle, and Kenny “Skindog” Collins to claim the Jim Beam Jersey and a $50,000 check from prize purse sponsors Moose Guen and Jane Sutherland of MVision and Barracuda Networks.
The total prize purse of $150,000 was the largest in big-wave surfing history, with $50,000 going to Bertish and the rest split up amongst the other competitors. 2008 Champion Greg Long summed up the day perfectly while passing along the Jim Beam Champion’s jersey to Bertish.  “The entire book of big wave surfing was rewritten today.”  Bertish, a native of Cape Town, South Africa was overcome with emotion, adding, “It was an honour just to be here today and paddle out with these other guys.  I flew 36 hours to be here, and this has been a dream come true.”

The competitors were greeted by huge waves as soon as the Contest began, with heats one through four being won by Dave Wassel, Peter Mel, Alex Martins, and Ryan Seelbach respectively.  “These were  definitely the biggest waves I have ever paddled into,” said second-place winner, Shane Desmond.    After two memorable semi-finals which were won by Anthony Tashnick and Carlos Burle, the hard-charging Bertish pulled through in the final round.

Rogue Wave
Unexpected waves breaking on shore early Saturday swept dozens of spectators from their perches on the man-made jetty at the southern tip of Mavericks beach. Most escaped with minor injuries but three were hospitalized with broken bones. Others needed plucking from the water.
Despite the roughly 50,000 spectators in attendance, the Save The Waves Green Team was able to minimize the impact that the fans had on the area surrounding this world-famous break.  As in years past, Green Team staff members separated trash and educated fans on how to reduce their carbon footprint.   Added Maverick Environmental Manager Joao de Macedo, “Mavericks is a special place for all of us, and we’re thrilled to say that even with all of today’s foot traffic, the Save The Waves Green Team was able to ensure that this  pristine condition.