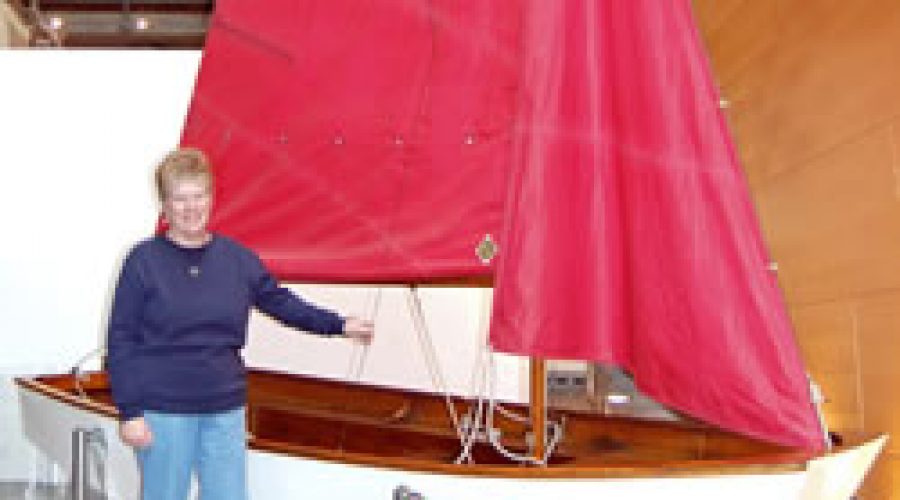 This week the National Maritime Museum Cornwall welcomed the daughter of the man most responsible for bringing sailing to the masses in the 1940s, 50s and 60s.

Sue Holt is the daughter of prolific small-boat designer Jack Holt.  In his 60 year career, a quarter of a million examples of Jack Holt’s 40-plus designs were built and he is the only British designer to have had three boats recognised with a classification from the International Yacht Racing Union.

The Museum’s collection includes a number of examples of Holt’s work, such as Mirror No 1, Heron No 1, Enterprise No 2, Merlin No 2 and Cadet No 5.  The Museum’s archive also holds the original plans for many of Holt’s most famous designs.

Sue Holt, who now lives in Vancouver, was visiting family in the county and took the opportunity to call into the Museum and see some of her father’s most famous boat designs.  She said: “If Dad was here right now, looking at these boats, he’d probably be thinking of ways he’s could improve them!  In fact he’d be more interested in looking at the other boats in the Museum, to see how they were built and what he could learn from them.”

Mirror Dinghy No 1, which Jack Holt designed with Barry Bucknell, is on display now at the National Maritime Museum Cornwall in Falmouth.