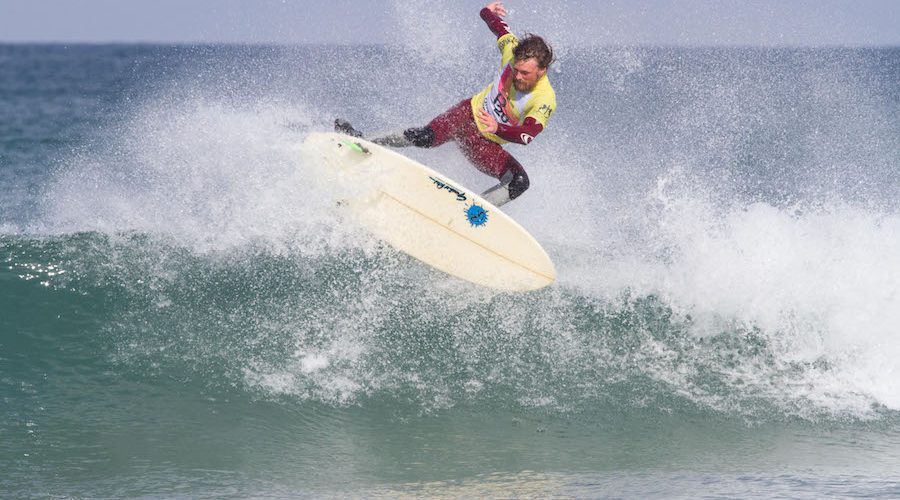 Spectators are promised adrenaline-pumped action as the UK’s top surfers head to Watergate Bay to compete for national championship titles.

The 43rd edition of English National Surfing Championships takes place on the north Cornish beach over the May bank holiday weekend from Saturday 2 to Monday 4 May 2015.

The annual event is firmly established on the English surfing calendar and organised by Surf and Science Technology students from Cornwall College’s Newquay campus.

A total of 28 students are working alongside Dave Reed from the UK Pro Surf Association and Andy Sturt from the English Surfing Federation to organise the competition.

Hannah Craig, joint project manager from Cornwall College, said: “This year we’re expecting quite a high tide during the competition hours, which is great for spectators as it’s easy to see what’s going on in the water. With an organising team almost twice as big as last year, we are hoping to bring something new to the table for the event.

“We’re focussing more than ever on social media, so we’ll be uploading daily highlights and videos on Facebook and YouTube for those who can’t make it to the beach. The final is at 3pm on Monday 4 May and we’ll be publishing results as soon as possible.”

Surfing will take place between 8am and 6pm over the three days and The Beach Hut will be open between 8:30am and 9pm each day. The restaurant’s newly-covered deck is a perfect viewing platform to soak up the action.

The event also sees the launch of the Safety Education Awareness Student (SEAS) project. Hannah added: “We’ve worked in conjunction with Surf Lifesaving GB to develop a campaign aimed at children of all school ages to endorse responsible beach use.

“There’ll be lots going on over the weekend with demonstrations and talks from our students, some of whom are also beach qualified life guards.”

To keep up to date with the competition’s action visit: www.facebook.com/englishnationalsurfingchampionships