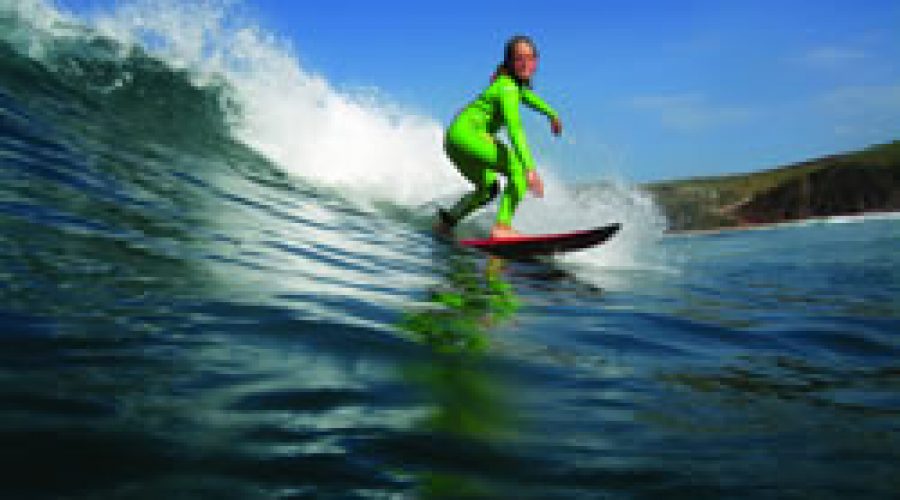 One of the UK’s longest-running surfing competitions returns to Cornwall’s Watergate Bay in May.

The Extreme Academy will host the 38th edition of the Protest English National Surfing Championships – an event which attracts some of the country’s best surfers – on the weekend of 1st and 2nd May 2010.

Organised by the English Surfing Federation (ESF), the event sees surfers compete in a dozen divisions to decide national champions.

Contest director Dave Reed said: “As the first event of the UK contest season the English Nationals is always fascinating to watch; most surfers time their return from overseas winter training in order to compete in this event, and with all the competitors keen to make a big impression we traditionally see blistering performances in the water.

“Working alongside Protest and the Extreme Academy the ESF has had tremendous success running the National Championships at Watergate Bay. The beach offers competitive surfing throughout the tidal range and acts as a natural amphitheatre for spectators to enjoy a great display of cutting-edge surfing.

“Having Protest, the Extreme Academy and Snugg Wetsuits on board as sponsors ensures the professionalism of the event is maintained and that English surfing has a solid base to continue the development of its surfing talent in this country.”

Extreme Academy team rider Harry Timson will be competing in the junior divisions, which include categories for under 18, under 16 and under 14. Ben Skinner, one of Europe’s top-ranked longboard surfers, will defend his Longboard Open title; there will also be longboard divisions for ladies and juniors (under 18). Other divisions being contested include Ladies, Junior Girls (under 18), Seniors (over 28), Masters (over 35) and Veterans (over 45).

For Will Ashworth of The Hotel & Extreme Academy, Watergate Bay, the event has established itself as one of the highlights of their series of beach events.

He said: “At Watergate Bay we’re really proud to have hosted the English National Surfing Championships since 2002 – it’s one of the largest surfing events in terms of the number of competitors who take part, and we’ve witnessed some incredible surfing over the years.

“The incentive of becoming national champion and securing a place on the English team is a huge motivation for the surfers, and really brings out the best performances – it’s great to watch.”