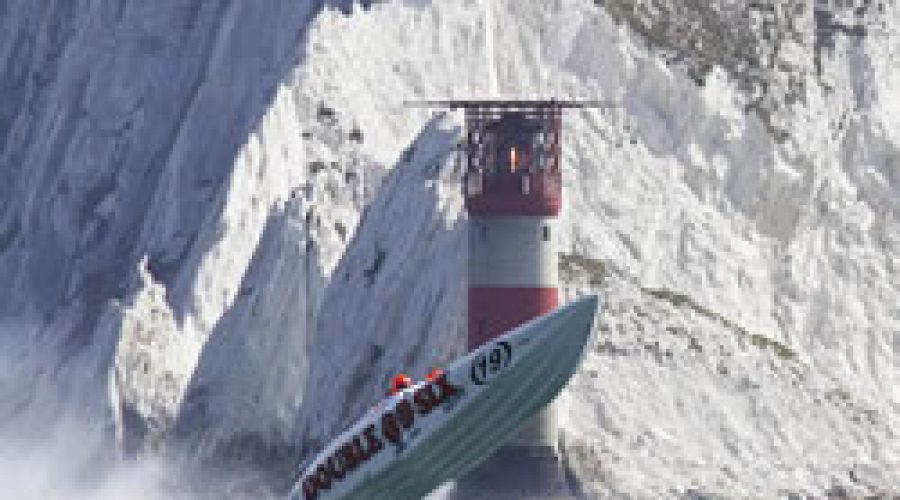 Grand Prix of the sea comes to Penzance Britain’s most exciting new motorsport, the Powerboat P1 SuperStock Championship, launches its 2010 season in Penzance on May 22-23.

Hosting the best UK powerboat racing teams in Mounts Bay for an action-packed weekend both on and off the water, Cornwall will see some of Britain’s biggest thrillseekers tackling the elements and manoeuvre through the unforgiving racecourse at jaw-dropping speeds, doing battle for the title of Penzance’s powerboat king in 2010.

Formerly racing under the guise of the Honda Formula 4-Stroke Championship, which powered into Plymouth for round two of the British powerboat racing series in 2009, organisers of the all new Powerboat P1 SuperStock Championship expect a crowd in excess of 20,000 people to witness the enthralling action at the series’ season opener.

The coup of attracting the SuperStock Championship to Penzance is thanks to Cllr Mike Lovegrove, who gained the immediate support of the town’s Chamber of Commerce and the Penzance and District Tourism Association, as both supporters saw the enormous economic potential for the town.
SuperStock Championship spokesman, Sam Feasey, said Powerboat P1 hopes that the Penzance Grand Prix of the Sea will reinforce Cornwall’s unique regional identity and boost trade for local businesses.

“Cornwall and the SuperStock Championship is a perfect marriage,” he says. “The event will showcase not only the beauty of the Cornish coastline but also the power and passion of our new flagship powerboat racing platform.”

Consisting of two race classes, 150 and 300, up to twenty identical powerboats measuring 21 and 27 ft respectively, will entertain locals, tourists and motorsports fans for three enthralling races on Saturday and Sunday with the action starting from 11AM. One of the series’ pilots, Team Fox driver, Martin Colligan, said: “All the pilots are raring to go and can’t wait to get racing in Penzance for the season opener.
“You can’t beat the spectacular entertainment of watching five boats racing side-by-side with waves sometimes six metres high crashing over the hull.”

As well as the pulsating powerboat action on the water, which is free-to-view for the public, Penzance Grand Prix of the Sea organisers have teamed up with local businessmen, Ian Cragg and Mike Adams, to stage the inaugural, SuperStock Rocks.

Providing the perfect backdrop for the enthralling powerboat racing, SuperStock Rocks, a ticket only two-day music festival showcasing Cornwall’s finest upcoming bands aiming to crack the big time, will combine some of the south-west’s finest characteristics and reflect the hi-tempo racing with breathtaking drama and rip-roaring sounds.

Tickets are available to buy for SuperStock Rocks online at www.p1superstock.co.uk/