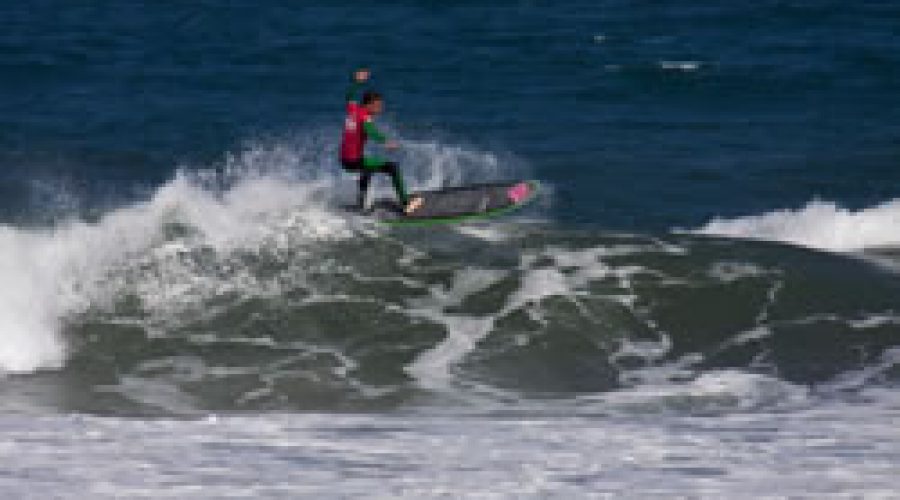 Zak Lawton provided the highlight of the Acorn Blue ESF Junior Surf Team’s 2010 European Junior Championship campaign. The championships took place in Viana do Castelo Portugal from the 7th-16th of May and provided the cream of England’s wave riding talent with the opportunity to go head to head with the best of Europe.  Lawton used a combination of classic and progressive longboarding manoeuvres as well as a healthy dose of heat tactics to surf his way to 2nd place, coming within a hairs breadth (1.29 points) of claiming the title.

Lawton commented, “My coach (Aidan Salmon) and I came up with a plan and before each heat, we stuck to it and came home with the result. It’s an awesome feeling knowing that all the training and coaching has come to fruition. I’m so stoked right now”.

As surfing is not recognised as a sport in England the English national teams do not receive any government funding. To compensate for this the English Surfing Federation will be holding its annual Inter-Company Tag Team Surf and Bodyboard Battle on the 4th of July. Teams of four (one company employee, one female and two others) will battle it out for the coveted title of English Tag Team Champions. All proceed’s raised will go to the English team. The Carnmarth Hotel has already come on board by hosting the after contest party and awards ceremony. Please call the Rip Curl English Surfing Federation Surf School on 01637 879571 for all enquiries regarding contest entry and sponsorship.