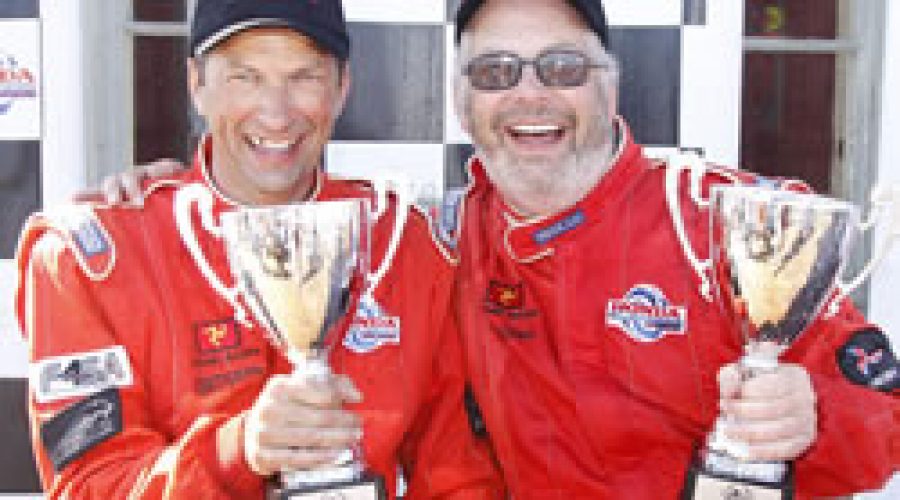 If the thousands of spectators heading to Penzance for the powerboat racing this weekend needed a hero to cheer on, then they need to look no further than adopted Cornishman, Stephen Baggs.

Having spent two years living in Minions in East Cornwall, Baggs calls the UK’s most south-westerly county his “spiritual home,” with his son, Stuart, having been born there.

Stephen will be racing with brother, Michael, at the Penzance Grand Prix of the Sea and the pair are hoping to build on their best finish last season of runner-up in Mounts Bay this weekend.

Now epitomising brotherly love, Stephen says “neither of us would race without each other – even if it meant losing the championship. “We thrive on living dangerously. A lot of the teams have close connections because you want to share the experience with someone close to you that feels the same way.”

Listing blind faith as a key component to the team’s success, Stephen says the team doesn’t make mistakes and if they do, the boys tend to laugh about it. Unlike most other teams Stephen both navigates and trims. Usually the driver of the team will trim the powerboat, which translates to the untrained masses as the vessel’s balance on top of the water. Stephen said: “Our workload is shared unlike some other crews. I’m also the tactician but Michael just concentrates on the 50 ft of water in front of him.”

Stephen was first introduced to powerboat racing in 2005 after coming across the former Honda Formula 4-Stroke Association whilst visiting Douglas on the Isle of Man. Much more at home participating in the team sports arena, Stephen’s two-year stay in East Cornwall included a brief stint as a feisty all-rounder for the local pub side, The Cheesewring, in Minions.

Looking ahead to the weekend’s racing, Baggs is confident that his new outfit, sponsored by the luxury Swiss watch manufacturer, Maurice Lacroix, will endure great success in 2010.

He said: “We’re definitely aiming for a podium finish. There are a couple of good teams, HeightsofAbraham.com and Evans Heritage, but I’m positive we will fare better than our first-ever speedboat and not require being towed back to the harbour by a local fishing boat.”