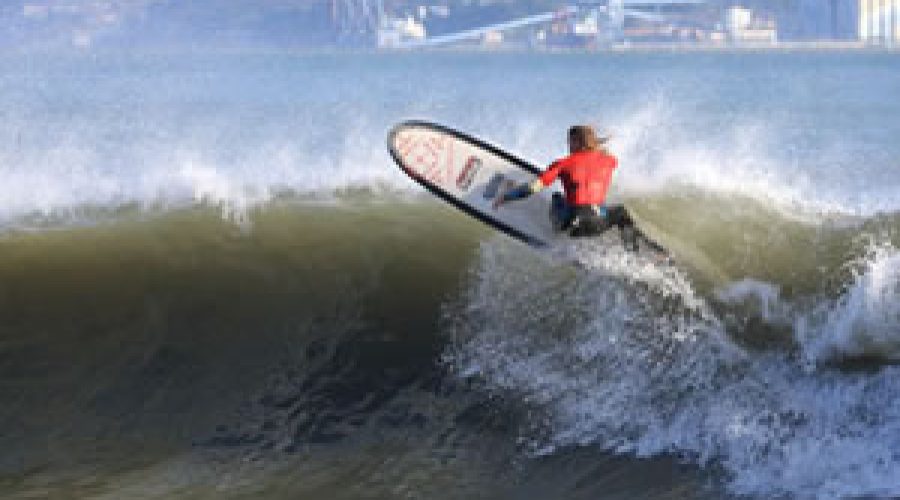 The Extreme Academy will welcome Europe’s best longboard surfers next weekend (2 & 3 October) as a new event comes to Watergate Bay.

The Cornish beach will host a leg of the European Tour of Longboard (ETL) – the first time a stage of the four year old tournament has been held in the UK.

The three star-rated event, sponsored by Skinners Fine Cornish Ales, will attract some of the biggest names in the sport and promises to be a treat for spectators.

Will Ashworth of The Hotel & Extreme Academy, Watergate Bay said: “We’re expecting some of the best longboarders from France, Spain and Portugal to come over for this competition. The British longboard scene is thriving at the moment with a new crop of talented junior surfers taking inspiration from established figures like Sam Bleakley, Adam Griffiths and Ben Skinner. It should be a great spectacle.”

The event is organised by defending ETL champion Ben Skinner, who will also be competing. He said: “I’m passionate about bringing this event to Cornwall – the ETL has been running for four years and until now we’ve never had a round here in the UK. As a surfing nation we’re really strong in Europe and it’s about time we had a European event here.”

French surfers have had the edge in the first two rounds of the 2010 tour. Nearly 50 competitors entered the previous round at Vieux Boucau in south-west France, in which Damien Castera beat Remi Arauzo in the two-man final.

Sennen surfer James Parry and Adam Griffiths, from Newquay, both reached the semi-finals, with Parry currently the best placed UK surfer on the ETL rankings in fourth place overall.

But it’s another French national, Aurélien Meyneux who heads the rankings thanks to a win in the first round held at Caravia in Spain.

Skinner, however, is confident that the British surfers will be tough to beat on home territory.

He said: “The French surfers are all pretty dangerous, but we’ve got some great surfers who can beat anyone on their day. So far this year we’ve had just about a 50-50 split between British and French surfers in the later stages of the competitions. It’s going to be really good, there’ll be a lot of amazing surfing going down.”

A prize fund of €5,000 is on offer for the surfers, with the winner pocketing a cheque for €1,000 and 1,800 championship points. The ETL will reach its conclusion in November with the final two rounds taking place in Morocco and Portugal on consecutive weekends.