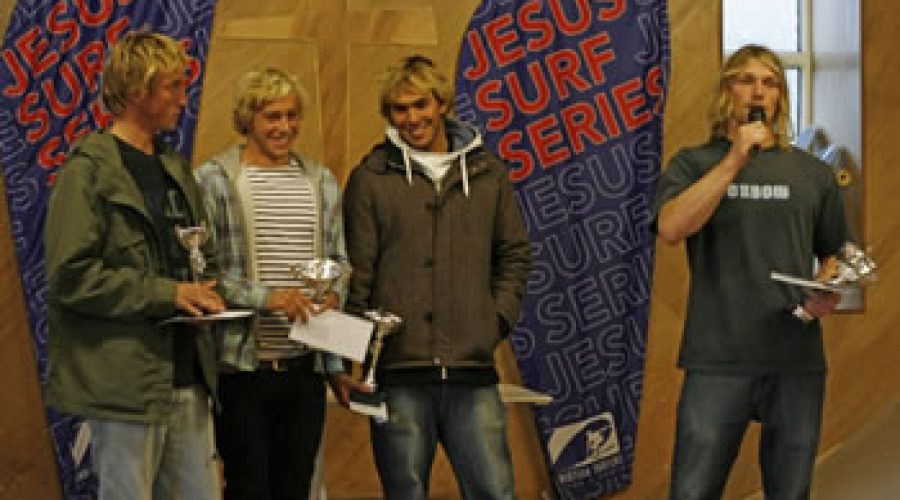 Calling all surfers for the Jesus Longboard Classic at Polzeath With only two weeks to go before the 4th Jesus Longboard Classic in Polzeath, North Cornwall, expectations are high after the success of the last three years. With the event gaining in popularity (Over 80 entries last year), it is hoped this year’s event will be the best yet. It’s a great contest to enter even for those who have not entered a competition before. The Jesus Surf Series has a well deserved reputation for its friendly atmosphere and all round good vibe, as well as being really competitive in later rounds, .

The event follows on from the ‘Jesus Surf Classic’ held at Croyde on September 11 – 12. Organisers Christian Surfers UK are pleased to be partnering with Nineplus, Wavehunters, Surf’s Up! Boardriders and Tubestation to host the Jesus Longboard Classic at Polzeath over the weekend of October 16 – 17 2010.

The Christian Surfers Longboard community has developed there own dedicated event to enlarge the entry numbers and increase the number of categories being contested. This year there are four categories, Open, Womens, Junior (U18) and Masters (over 35). Last year the event attracted many of the UK’s top longboarders with the Men’s Open event being won by Ben Skinner, and Dominique Kent taking the Women’s title.

Polzeath Beach is ideal for longboarding, and no matter what the weather conditions the surfers will be well looked after at the event HQ ‘Tubestation‘- Polzeath’s unique “surf lounge”.

Contest Director Phil Williams, head of Christian Surfers UK said that “After such great events in previous years, we are very excited to be running the Jesus Longboard Classic again this year at Polzeath. As with ‘The Jesus’, there’ll be some great hospitality for the competitors, as well as prize money of £1,000, with first place in the Open event winning £250”

Entry forms can be downloaded from www.christiansurfers.co.uk