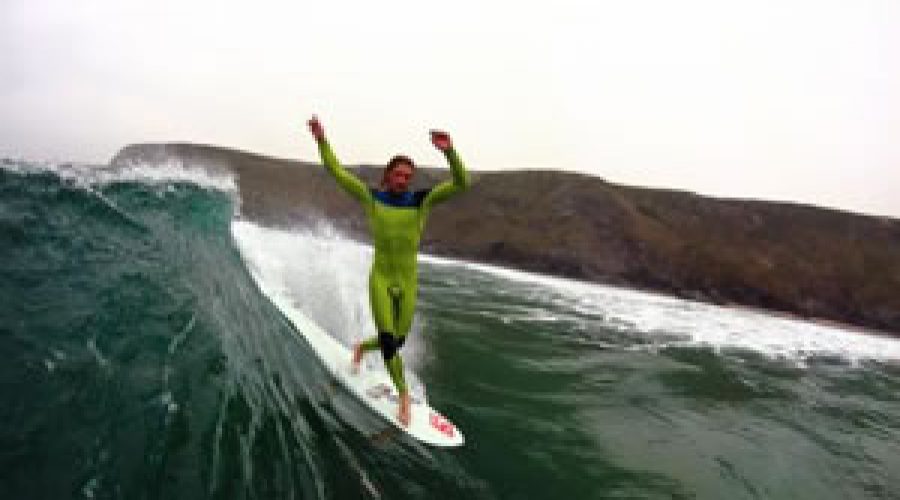 Cornish surfer Ben Skinner could take a step closer to winning a hat-trick of European titles as a major international longboard competition comes to Watergate Bay on Saturday 8th and Sunday 9th October.

The longboard professional will compete against the cream of the continent’s longboard surfers in action at Watergate Bay for the second leg of the European Tour of Longboard (ETL).

Skinner has been the in-form surfer in European competitions this year, taking the Association of Surfing Professionals (ASP) European longboard title in August, plus the first of four ETL events at Vieux Boucau, south west France in September.

Round 2 of the tour, the 2-star rated O’Neill Classic ETL Watergate Bay, will be taking place on familiar territory for Skinner, 26, who considers the Cornish beach his local spot.

He said: “I’m really looking forward to the next event at Watergate Bay. It’s great to be coming in to my home event off the back of a win in France. The last round was one of the toughest competitions I’ve surfed – the level of surfing is really high, especially with the French and British surfers dominating the longboard scene at the moment in Europe.

“I’d really like to thank O’Neill and all the other event sponsors because their financial support makes it possible for this competition to take place. This event means a huge amount to me because the sport in Britain is so strong at the moment, and it’s great to be able to bring the top European guys over here to see what it’s all about in Cornwall.”

Spectators at the free event will be able to enjoy two days of top-level surfing. Reigning French champion Alexis Daniel and the 2010 ETL champion Remi Arauzo are both taking part along with top British surfers.

Judges will score the surfers on a blend of classical and radical manoeuvres, with the event winner securing 1,100 championship points and a share of the €5,000 prize fund.

Current English champion Adam Griffiths is also confirmed to take part, and the Newquay-based surfer is hoping to improve on his fourth place overall in the 2010 ETL campaign.

Adam Griffiths said: “It’s fantastic to have this event in Cornwall, I love surfing at Watergate Bay and I’m really looking forward to welcoming the European guys over here. The standard of surfing goes up every year and the scene is really strong in the UK and France, it always seems to be 50-50 between the two nations when you get down to the semi-finals and the finals.”

Up to 50 riders of nine different nationalities are expected to enter the event. On Saturday evening a fundraising event will be supporting the Joe Way Paddle charity, with prizes donated by sponsors and live music at The Phoenix Watergate Bay.

After Watergate Bay, the surfers move on to Morocco and Portugal in November for the concluding rounds of the tour.