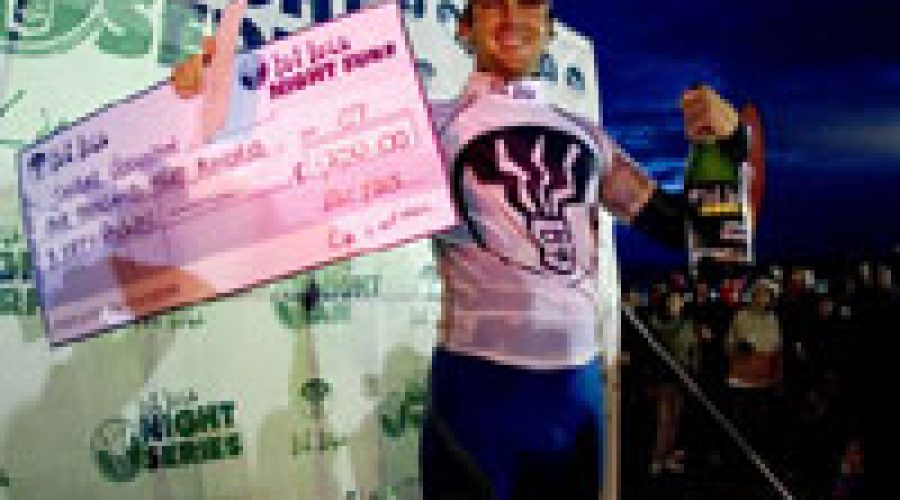 In addition to the surfing, the crowds were treated to a great party both Friday and Saturday nights, featuring live music acts, volleyball competitions and a barbecue. A great display was also seen by the Red Arrows which attracted large crowds down to the beach from all over.

Surfing standouts included Russell Winter, ‘Skippy’ Skilton and Jarred Sulliven. Great surfing ability was seen by Mark ‘Egor’ Harris who showed off some excellent surfing in the most challenging conditions seen yet on the tour this year. Mark swept through his heats securing a place in the final alongside England’s top surfer, Russell Winter, Porthtowan’s, Shaun Skilton, and international competitor Jarrad Sulliven from Australia.

Also seen on Saturday was the women’s division with Newquay based Holly Donnelly now leading the woman’s tour, despite being 15 years of age, her win preceded in putting her into the lead. With the conditions being small, Holly was at a huge advantage and as a result taking home the title in the woman’s division, beating last years title holder, Nicole Morgan from Ireland. Holly also secured second place in the under 16 girls division held on Sunday. In the Longboard division Chris Thompson of Newquay defeated challengers from all over the country to take the title.

Newquay based grom Harry Timson showed off some spectacular surfing maintaining his title and holding leadership on the tour for what could be seen the second year running. Harry has won both events this year and is yet to express fantastic surfing ability throughout the year.

Harry stated, “I had a great final although the conditions were challenging. The sets were pretty inconsistent but I made the most of what was there by picking the better set waves,” Further results were Gwen Spurlock, winning the under 16’s division, securing her title for another year. Gwen showed off some better manoeuvres of the day making the most of the set waves coming through. Stuart Campbell took the under 16’s boys title beating Tom Good, Toby Donachie and Lewis Clinton in the finals.

Dave Reed contest director spoke, “This is the 7th annual Fat Face night series event and it was a great success. We managed to live stream the whole event which has never been done before, giving us vast coverage all over the world. The conditions were most challenging, however, all surfers excelled themselves and have furthermore shown how competitive and professional surfing has become in the UK. A big thank you to the red Arrows for their support of the event. We hope to see them back in our future tournaments.

The next leg of the tour will be the ‘Hot Tuna Open’, August bank holiday.