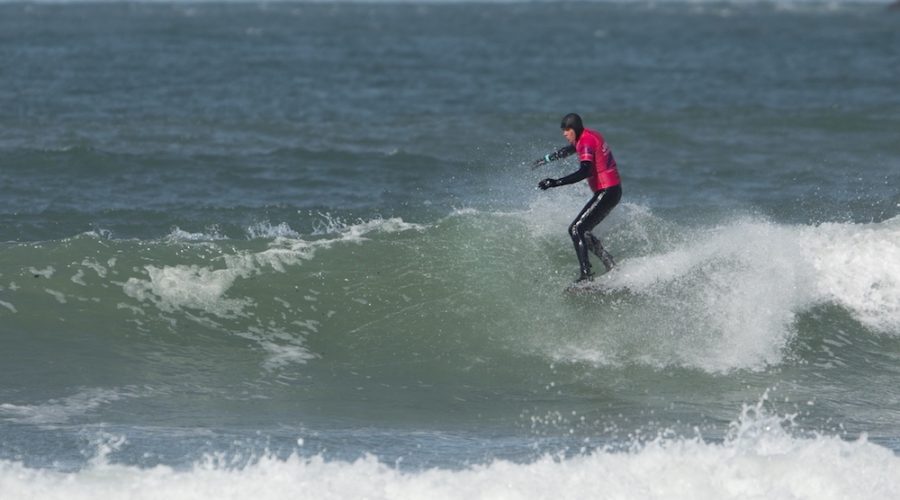 The Jesus Longboard Classic has for many years been a significant event in the UK longboard surfing calendar, but unfortunately due to too much surf, or lack of surf, the 2018 event had to be postponed twice. However, the organising team decided that there was a real enthusiasm to re-run the event early in the new year to kick-off the competition season for the longboard community, hence the new date of 23rd and 24th March 2019.

Everybody involved had a really fun weekend and with around 80 entries in six categories, it was a busy one for the organisers Christian Surfers UK and their host partners Tubestation in Polzeath.

The event is part of the Jesus Surf Series which Christian Surfers UK has been running for 27 years as a way of serving the surfing community and which, due to its popularity, was split into two contests (the Jesus Longboard Classic and the Jesus Surf Classic) in order to provide a focus and additional capacity and which has proved extremely popular with all concerned.

Saturday morning dawned with three foot waves, breakfast and hospitality for all involved at Tubestation and by around 9am heats got underway and carried through till 5:20pm. Surfing on the first day is always a mix of those who take it pretty seriously and those who perhaps have entered the event for the first time as they have heard how welcoming everybody is.

After around 20 heats on the first day, the semi-finals draw was set up for Sunday and the contestants in the Open Men’s and Women’s finals already known. One highlight of the Open Men’s semi-final was Ben Howey and Elliot Dudley going head-to-head, with both scoring over 16 points; on this occasion Elliott Dudley just pipped Ben, but all was set for a great final day.

From day one of this event the Surfers Blessing has always been a key focus; a reflective 20 minutes organised by the Tubestation team giving people the opportunity to start Sunday thinking about various things. This year the focus was ‘community’, the importance of it and of being there for people; no better illustrated than by the longboarding community and the role of Tubestation in the area.

With ten heats remaining on the last day the surfing continued to improve and at around 1.30pm the presentations took place. In a packed Tubestation speeches were heard, trophies, cheques and prizes handed out, thanks given and all involved agreed it was a fantastic weekend and a good decision to persevere.

Regarding the winners some of the highlights were :

Wales’ Colin Bright appearing in three finals including the Legends division (60+) beating brother Gwyn and the rest of the Welsh contingent. Arthur Randell taking out the U18s division and very generously donating his first prize of an Indo Board to the Tubestation for their future use; top bloke.

Fantastic surfing in both the 35+ (Masters) and 50+ (Grandmasters) with Sam Bleakley taking the younger title and Mark Goodright the senior title. Both the Men’s and Women’s finals were really exciting affairs with Emily Currie beating Beth Leighfield to retain her title from the previous event, and in a very, very close tussle Ben Howey just pipped James Parry to the championship by 0.1 point, retaining his title !!

This event could not be run without some great partners and sponsors and this year our sponsors included Nineplus, Finisterre, Old Guys Rule, Bird Sunglasses and Indo Board. A huge thanks goes to Era Adventures for water cover, Beagle Media for the video edit that will be with us soon, BLU and Hotdoggers for ongoing support and photographer, Andy Holter. Final thanks of course go to the amazing staff at Tubestation and all the volunteers from Christian Surfers UK who give their time freely for the weekend, and God for providing waves and indeed sunshine on finals day.