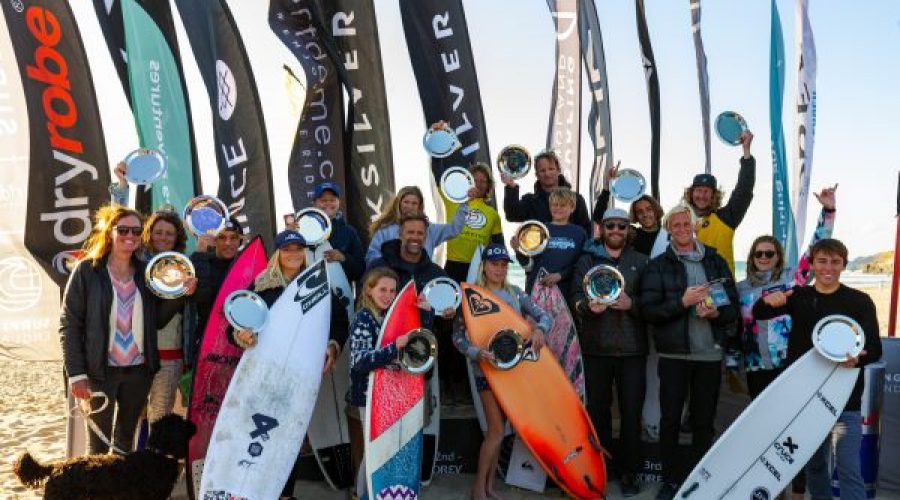 Over 180 competitors in 19 divisions surfed in 3-4ft waves in the battle for prestigious English titles.

Overlooking the action, the event site was atmospheric, the excitement rippling through the air. It really was a sight of the English surfing community in action & we were stoked!

“A great turn out from some of the countries most talented surfers. At times Perranporth provided some excellent waves helping the athletes push the level of high performance surfing. The future of surfing is looking bright as the u12 division has a depth of talent with Lucas Skinner leading the charge,” said Pauly Jeffery, contest director.

Surfing England would like to extend a huge thank you to everyone who has been involved in making this event weekend epic – the shredding surfers, the hardworking staff and officials, & finally our awesome event partners.