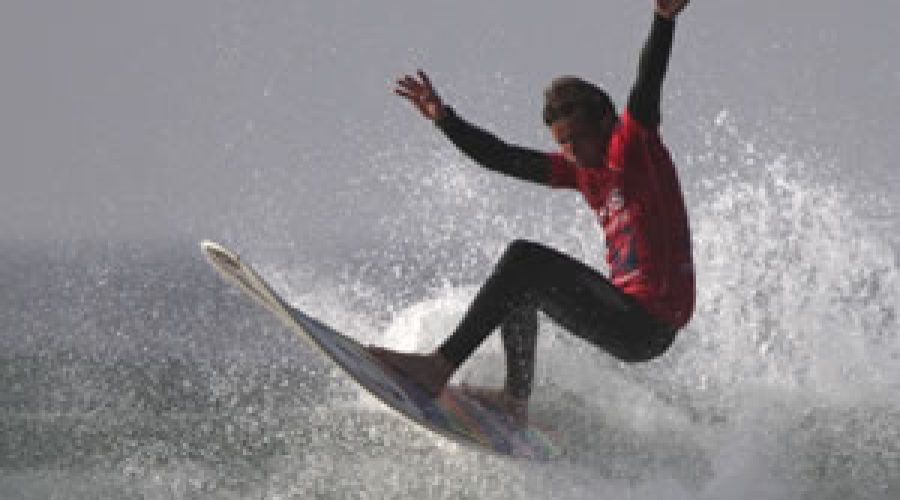 Making the best out of the good longboarding conditions, Ben Haworth nudged ahead of the tough competitive line-up including European champion Ben Skinner from Perranporth.

The event organized by Christian Surfers UK and hosted by Tubestation saw over 70 competitors come from all over the country to compete in stunning conditions – sunshine, a gentle offshore breeze and 3ft+ waves.

With four divisions and a prize purse of £1000 up for grabs, the juniors, women’s, masters and open categories saw some big names from the world of longboarding enter.

Saturday could not have been any better as the sun shone all day, the sets kept on coming and the standard of surfing got better and better, which was only topped by a pod of Dolphins who joined the packed line up and put on a spectacular display.

There were some concerns that Sunday would see a drop in swell and be chopped up by the on-shore wind, but the sets kept rolling in under slightly cloudier skies and we were not disappointed. The level of surfing improved again as all of the semi finals and finals were closely fought out.

In the Junior Category, Jack Unsworth 4th, Connor Griffiths 3rd, Alex Maddocks 2nd and taking the win in his final year or under 18 surfing was Zac Lawton, with two excellent rides.

In a tightly fought women’s final that could have seen any one of the four take the victory, a tied score for 3rd place between Davina Stickley and Ashleigh Bennetts meant that Anna Gooding took second place, and Claire Smail emerging victorious.

The master results had a popular Robert Davin in 4th, Pete Dudley in 3rd, Colin Bright taking yet another second place and Adam Chell scooping the winner’s trophy.

The open final was one of the most hotly contested finals ever seen at the JLC, which saw Ben Haworth get straight to business with an opening ride of 8.87. Ben went on to dominate the final, as he had done the whole contest, scoring three more excellent waves.

The other three finalists were hot on his heels the whole heat, each scoring excellent rides and making for a very exciting final.

Taking the 4th spot was Ben Skinner, 3rd was Angus Murray and Nico Keruzec took second Place. The winner with a score of 18.13 was Ben Haworth, demonstrating why he is one of the UK’s top riders.

There were two other trophies given out on the day, The Longest Nose ride – sponsored by Wavehunters – won with an awesome hang five by Ben Skinner. The Most Progressive manoeuver trophy from Surfs Up, was taken by Ben Haworth for his off the lip fins free turn.

At the presentation, contest director Johnny Hillman of CSUK thanked the sponsors of the event, Nineplus and Atlantic House Hotel, and mentioned that this is a highlight of the competition calendar. “The thing that makes this contest, is the great vibe and sportsmanship showed by each and every one of the competitors” he said.