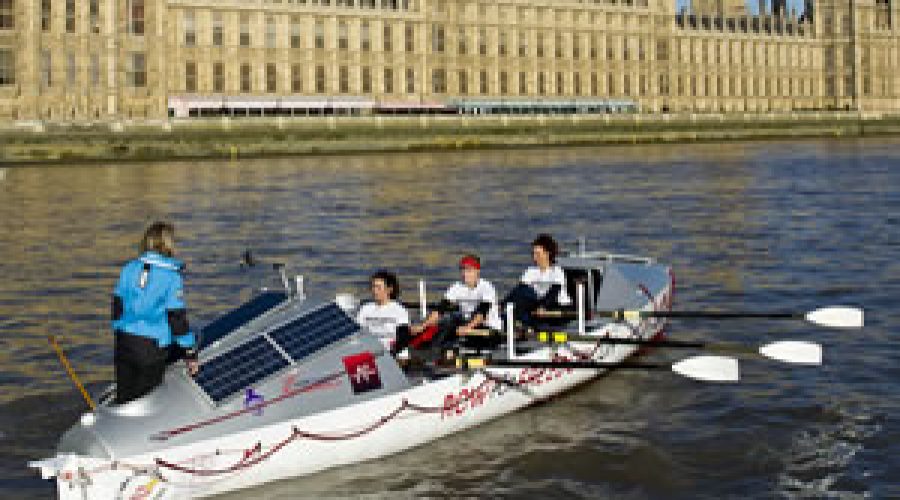 A crew of six ladies will attempt to break the record for the fastest all-female team to row across the Atlantic, when they depart from La Gomera in the Canaries this month.

The women, all from Britain except their American skipper, have trained extensively for their endevour in the South West with support from the Brixham Sea School. Row For Freedom, in aid of ECPAT UK, is a double-world record attempt to row across the Atlantic in the fastest time, whilst also being the first-ever team of six females to complete such an endurance challenge.

Departing on their epic journey in December 2011, the team comprises Julia Immonen, Debbie Beadle, Katie Pattison-Hart, Kate Richardson, Andrea Quigley and Helen Leigh.  The girls are charity workers, models and athletes, hailing from Britain and the US, and have each been inspired to harness the positive power of sport to raise awareness and much needed funding for projects to tackle human trafficking.

The team have been preparing for the five week race in Canary Islands since mid-November, where they have been undertaking sea trials and packing the boat full of the provisions and stores they will need to keep their bodies fed and hydrated.  The world-record must be for an ‘unaided’ crossing, which means they will not see any support vessels or receive any help during the record attempt.

The ‘Row For Freedom’ team will be competing to become the first female crew to successfully row 3,000 miles from the Canary isles to Barbados in the fastest time. They must try and avoid major storms as the boat has barely enough room for three people to rest.  During severe storms the girls have to take cover in the minute cabin which is not even long enough to lie down in.  Some of the girls have secretly opted to be lashed to the deck during storms rather than endure the sardine-can effect of squeezing themselves into a water-proof cabin.

The double world-record attempt, which is part of the Woodvale Challenge, is recognised as the world’s toughest rowing race. As a result the team will be rowing around the clock in all weather conditions for 40 days and 40 nights on a boat.  Row for Freedom aims to raise £1m for ECPAT UK, a charity which spearheads the attempt to end Child Prostitution and Slavery.

Julia Immonen comments: “We are all incredibly driven to secure this world record whilst raising funds and awareness of the issue of child slavery across the world.”