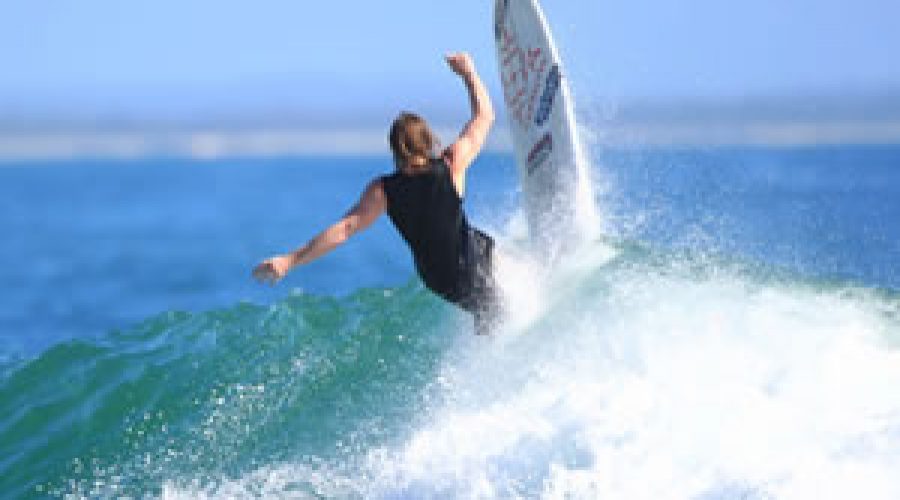 A hectic intercontinental schedule awaits Cornish surfer Ben Skinner as he prepares for another crack at realising his lifelong dream of becoming a world champion.

The Billabong ISA World Surfing Games in Costa Rica from August 1 to 8 are his latest chance to go one better than his landmark California performance of 2006, when he took the silver medal.

But just days before Costa Rica, he will be at Long Beach, Tahara Aichi, in Japan, taking part   in the Oxbow ASP World Longboard Tour.  He is the only British surfer on this tour, which will also see him competing in the Maldives in October.

It’s all go on all fronts for Perranporth-based Ben, 24, who became a dad just over a year ago and whose company, Skindog Surfboards, has moved into bigger premises at St Columb Major.

For good measure, Ben has also helped set up the new Skindog Surf School at Watergate Bay, Newquay, and quickly attracted the involvement of “The Bill” heart-throb Ben Richards in a charity event.

Ben, who is sponsored by Skinners Brewery, Oxbow, Relentless, Skindog Surfboards and FCS, flies out to Japan on July 24 fresh from a VIP engagement with Ben Richards.

If Ben Skinner wins world glory in the next few weeks it will cap an outstanding year even by his own remarkable standards.

The highlight to date came in April when he secured a double triumph in the first and crucial event of the ASP European Longboard Tour.

At the Tapia de Casariego event in northern Spain, Perranporth-based Ben won the men’s final with an outstanding performance that also secured his wild card ticket on the Oxbow World Longboard Tour.

Both the Oxbow ASP WLT in Japan and the ISA World Surfing Games in Costa Rica will be covered live on the internet and closer to the date further details will also be available on www.skindogsurfboards.co.uk .

Ben said he was particularly grateful to All Nippon Airlines for upgrading him to business class for the flight to Japan and for carrying his board free of charge, saving him £250.