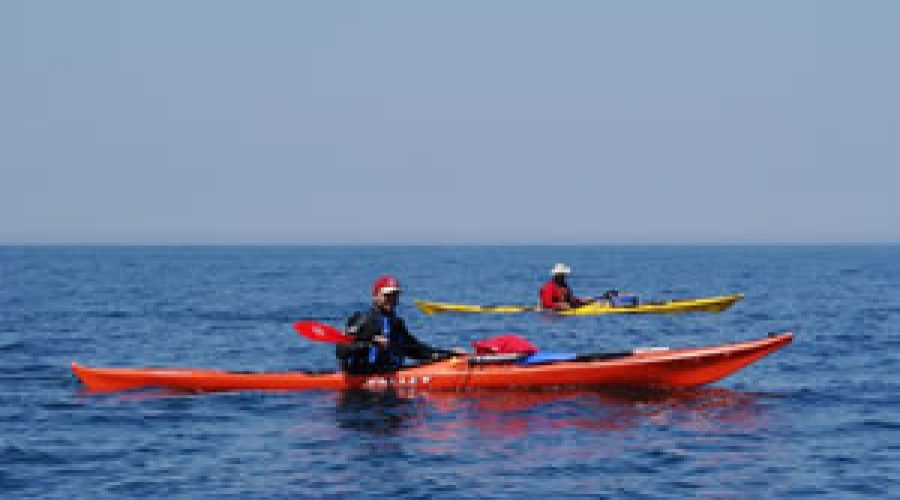 Successful Expedition to Kayak, Cycle and Walk from Isles of Scilly to Shetland As Andrew Fairbairn stood at the top of the lighthouse at Muckle Flugga in Shetland, it was with a sense of relief that the 52 year old grandfather looked out over the islands in the archipelago. After two years of planning and a year of training, it marked the end of his 27 day journey to kayak, cycle and walk the 1,180 miles from the Isles of Scilly in South West England, to Shetland.

Andrew would like to hear from anyone who could confirm if this is the first time the journey has been completed in one attempt. The chartered surveyor from Banbury in Oxfordshire devised the Fairbairn Challenge in an attempt to raise £30,000 for Leonard Cheshire Disability’s School for All in Africa. An inclusive education programme that will give 1,000 disabled children in the Mukono and Budaka districts of south east Uganda the chance to go to primary school.

Andrew’s journey started on 1 June 2009 in the Isles of Scilly, Cornwall. Joined by Michael Punter for the kayaking sections they paddled from the lighthouse at Bishop Rock, to St. Mary’s, the largest island in the archipelago. On 2 June they took 9 hours to kayak the 28 miles through calm seas from St. Mary’s to Sennen Cove at Lands End in Cornwall.

Andrew Fairbairn said: “There were two highlights on the crossing to the mainland. We were joined by a seal that swam between the two kayaks for about 45 minutes as though it was checking we were okay. Closer to Lands End I paddled over two huge basking sharks and the second one was so close to the surface I initially thought its fin was going to touch the kayak”.

“What distinguishes this challenge from others that go from Land’s End to John O’Groats are the additional kayaking sections, as they add an extra 204 miles. I’d really like to know if this is the first time such a journey has been completed in one go. I know Stuart Walker from Leeds is presently going from the Isles of Scilly to Unst in Shetland, a 1,140 mile journey, and he like me believed it had not been done before.”

He’s had great days when he was welcomed into stranger’s homes and given a hot meal, and days plagued by punctures, pounding rain and the pain of shin splits.

On 27 June Andrew completed his 1,180 mile challenge to kayak, cycle and walk from St. Mary’s in the Isles of Scilly to the lighthouse at Muckle Flugga.

For further information, or to confirm if this is a first, go to: www.banburyrotaryclub.org.uk or www.LCDisability.org/school4allinafrica   Donations can be made to: www.justgiving.com/andrewfairbairn