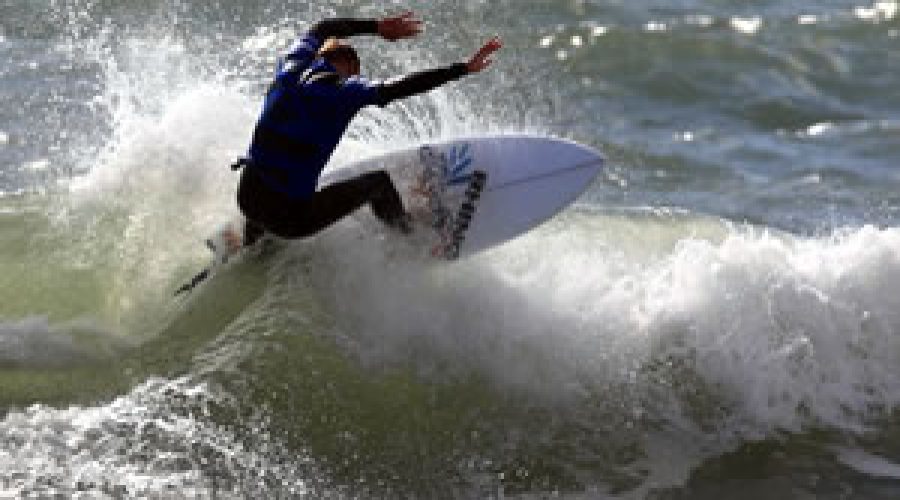 Cornwall based surfer Johnny Fryer added the Saltrock Open 2011 trophy to his collection of titles when he saw off the UK’s best surfing talent at the May bank holiday surfing contest at Croyde in North Devon.

The Saltrock Open stole the show on what is now the busiest weekend of the year in Croyde. The waves were better than expected reaching 3 -4 ft on Sunday, and everyone who came to watch saw numerous great performances from the UK’s top surfers.

The Men’s Open was strongly contested as predicted and was rounded off by a great final. The lead went back and forth throughout the final with Alan Stokes leading most of the way, then Russell Winter came back strongly only to be overtaken by new champion Johnny Fryer on the last wave of the heat

The Women’s Open was won by Australian surfer Amy Stewart, and local Stuart Campbell put in a great performance to win the Pro Junior event.

The King of Watersports awards for the highest scoring waves went to Russell Winter with an 8.67 and to Lucy Campbell with an 8.5, both received on the final day of the contest.

There was a great vibe at the contest with a good strong turnout and loads of spectators despite the grey skies and the rain!  Christian Surfers did a great job keeping everyone well fed and watered with fabulous burgers, steaming teas and coffees and an endless supply of Relentless and Marley’s Mellow Mood!