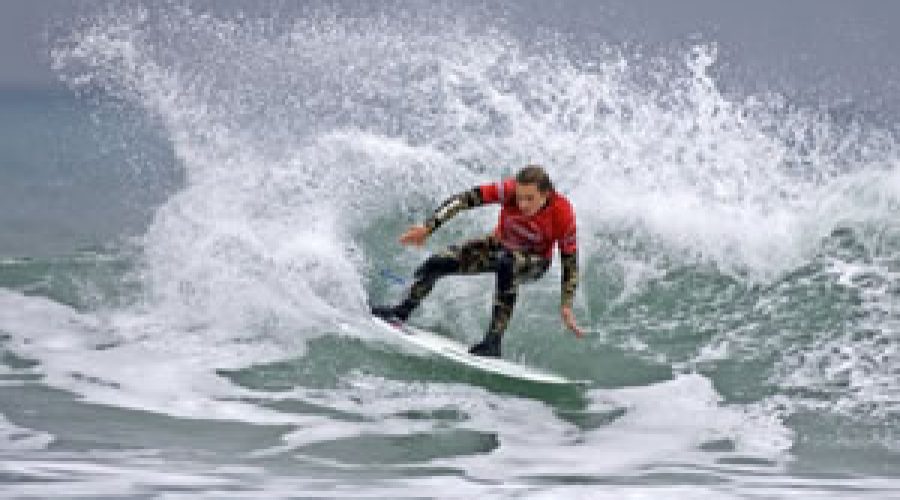 Eight of Cornwall’s top junior surfers came together for the grand final of the South to South Frostbite Sessions in mid April.

Following three excellent qualifying events, held in the depths of the British winter, the cream of local surfing talent battled it out in clean head high waves at a spot south of Porthtowan.

Event organiser Tyson Greenaway had kept the location under wraps until the day, with the finalists knowing only that they had to meet at a certain time, at a certain place, and that they’d be transported to the best waves.

Throughout the qualifying events the surfers had competed in two age divisions; under-16 and under-18, and had accumulated points, leading to the selection of the final eight. The difference being that now they were all up against each other irrespective of age.

Newquay’s Josh Piper was leading the rankings, having placed second in both divisions, and of the eight finalists, five had secured a first place during the qualifiers.

It was clear from the start that it was going to be a tightly fought affair, and for the first half hour there was no real standout; all surfers trying for the big moves, but too often not completing them.

With only their top two waves counting, they were all looking for the big one, and were giving it everything. Jack Whitefield from St Ives seemed to be on every wave but it was Josh Piper who secured victory with a cracking ride on a set wave, despite a last minute effort from Marcus Lascelles.

Josh’s win was well deserved, as he had surfed so well throughout the entire series. Following the final he was presented with his prize at South to South’s new store in Newquay that had opened that day in Bank Street.

The series had been a great success. Around forty surfers had competed in excellent conditions at four great locations, and sponsors South to South, were delighted with the outcome. Organiser Tyson Greenaway must have been doing something right, as he managed to find waves at every stage. The following day it was flat.

* For surf schools and surfing lessons see our page on surfing in Cornwall .