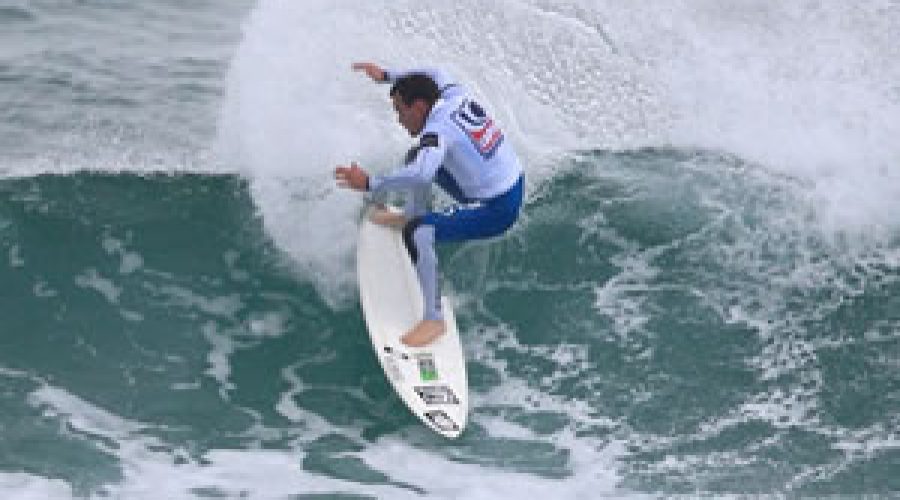 The Parking Eye Sundown Team Challenge, part of the UK Pro Surf Tour held at the end of June, drew a crowd of eager spectators, who braved torrential rain and storms to experience the incredible atmosphere as local, national and international surfers competed in a series of challenges.
The Parking Eye Sundown Team Challenge was won by Avit, a team that included Newquay’s own Russell Winter, Lewis Clinton and Alan Stokes, joined by Jonny Fryer from the Isle of Wight.
Other events held included the first ever Learning Disabilities Surf Challenge, the Marley’s Mellow Mood Junior Pro Challenge and an under-16s competition. The under-16s competition was taken out by another local surfer, Dale Foster, in his first ever win. The Junior Pro Challenge winner was Portugal’s Luis Eyre, who is the reigning champion.
“The stormy weather provided excellent surfing conditions with three to four foot waves and failed to dampen the enthusiasm of the of spectators and surfers,” said Dave Reed, Director of the UK Pro Surfing Tour.
“The final of the teams event was my personal highlight as the winners were mainly locals but they were given a run for their money by members from the Newquay Board Riders, who narrowly missed out on the title.”
The festivities continued into Sunday morning with live music acts performing at Fistral Beach Bar.
“Parking Eye is delighted to have been a part of the UK Pro Surfing Tour, in line with our commitment to supporting the local community. This event has given British surfing a great boost and was a really positive experience for all involved,” said a spokesperson for Parking Eye.
The UK Pro Surf Tour and Parking Eye are pleased to thank other supporters including the Wave Project, Groundswell, Marley’s Mellow Mood and the Fistral Beach Bar.