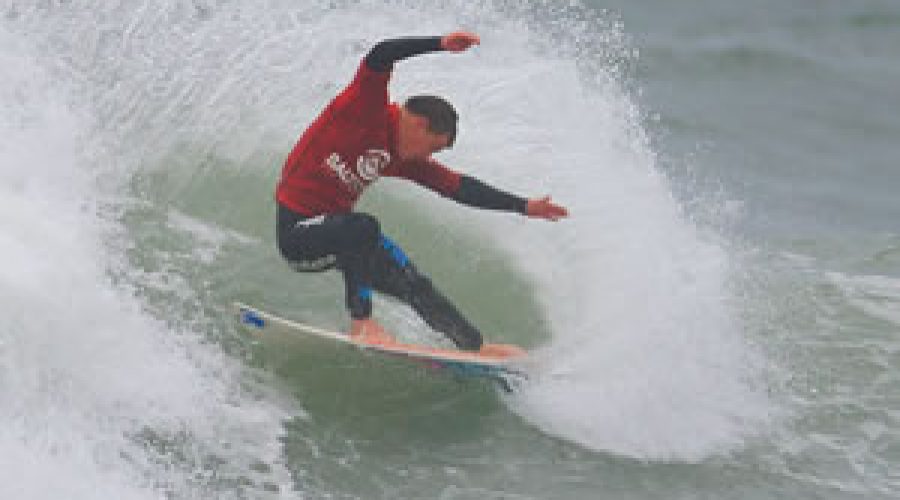 The UK Pro Surf tour got off to a flying start with good weather and clean waves at Croyde in North Devon at the end of May.

A global list of competitors made for some interesting and challenging heats. Challenging for first place in the final was Russell Winter (Newquay), Glen Hall (Ireland/ Australia), Matt Capel (Newquay) and Alan Stokes (Newquay) battling out as the tide pushed further up the beach.

espite some tough competition Glen Hall stormed the final with some aggressive surfing despite Matt Capel giving him some serious competition. Russell Winter came back in the later stages but failed to connect them and took second place in a gripping battle full of drama and technical brilliance.

Reuben Ash won the £250 prize provided by Relentless Energy drink for the biggest aerial by pulling off two amazing moves in one heat. Prize for the King of Watersports.com highest scoring wave was won by Sarah Beardmore in the women’s and by Lous Eyre in the juniors on Saturday.

A strong women’s field also took to the water on Sunday, with Sarah Beardmore (Littlehampton), Gwen Spurlock (Swansea), Jo Dennison (Pembroke) and Tass Swallow (Penzance). World qualifying surfer Sarah Beardmore competing in her first UK Pro Surf tour event dominated the final and took first place with a stunning performance. Sarah clearly thrilled with the event said: "Fantastic competition, many thanks to the sponsors and organizers for a great weekend."

Presenting some epic glass trophies created Dartington Crystal a beaming Ross Thomson form Saltrock said: "We were delighted with the weekend and with the conditions on Saturday in particular. We couldn’t have wished for better and the standard of surfing was inspiring. Holding the event later in the season was the right move and it was great to see so many people on the beach enjoying the surfing."

The next UKPST event the Gul Night Surf, 12th – 14th June to be held this year at Fistral Beach, Newquay.