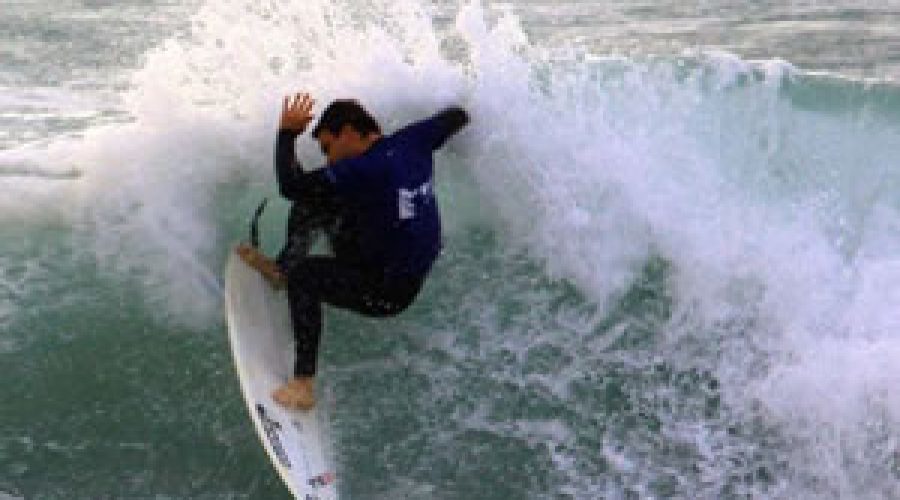 Britain’s most successful ever surfer Russell Winter returned to our shores to take the title of British National Surf Champion for the first time in 15 years.

The Newquay surfer, who is usually competing against the world’s top surfers in contests abroad, rode to victory on home surf at Fistral Beach in both the Open and Seniors divisions of this prestigious annual event.

With a bitter wind and changeable weather conditions, all of the contestants were pushed to the max with challenging, arm-stretching 10 minute paddle-outs. The action was explosive with the likes of Russell Winter pulling out big air-reverses while defending senior champion Ben Baird turned on the power with huge, gouging power carves.

Saturday saw all of the initial rounds being successfully completed and a later Sunday start ensured that the nail-biting finals were run on the high tide, giving the surfers the best possible conditions to put on an amazing show for the beach–side spectators.

In the Veterans category, defending champion and local legend, Jed Stone surfed confidently and claimed the Veteran title for the ninth time.

The Seniors hit the water next and it was Russell Winter who dominated the field and scored an 8.50 with three and half minutes remaining to secure victory.

In a hard-fought Masters contest, Newquay resident Cullum Murrell came out top with an aggressive back hand attack.

The Women then hit the water for what was to be essentially a two woman final between Jo Dennison and Kathleen Spears. Welsh girl Jo claimed an 8.00 for one of the most radical close out re-entries of the contest, earning her the British 2008 Woman’s Champion title.

On the beach and online the audience then gathered expectantly for the Open final on the perfectly placed high tide which was lashing up head high plus waves. Oli Adams set the pace straight after the horn with a 6.67 and a showcase of fast off-the-tops and stylish fin release re-entries. Mitch Corbett then stepped in to show his laidback smooth style earning a 6.0 from the judges. Up next was renowned aerialist Joss Ash who masterminded a range of smacks off-the-top earning his first real score of 5.67.

But with less than three minutes to go, Russell Winter then paddled-into a left-hander that started out back then opened up all the way through to the inside. He gave everything, tearing the wave to pieces earning a 7.60. A last minute attempt by Joss Ash gave him the chance to try and steal Russell’s thunder but his valiant 6.27 just wasn’t enough.