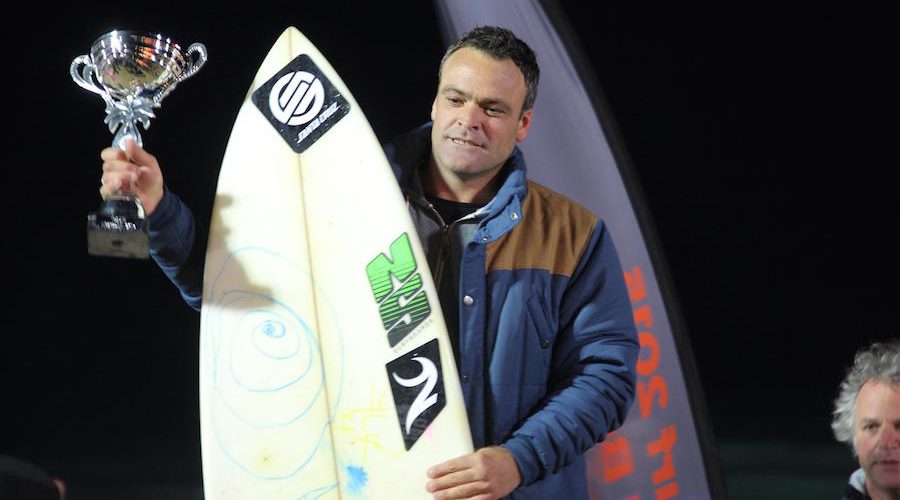 Britain’s “best ever surfer” Russell Winter proved he’s still got what it takes to compete at the top level, with a convincing win at the Nightsurf contest at Fistral Beach in Newquay at the end of May.

Second place went to former English Champion Johnny Fryer who has just returned from two years away from competition due to hip surgery. Third was in-form Mark Harris who was runner up at the English Nationals three weeks ago. Fourth was Bournemouth based previous winner of this event Gordon Fontaine.

In the Stable Women’s division Newquay teenager Georgia Timson made the most of the conditions to take her first event win on the UK Pro Surf Tour. Second went to Bude’s future surf star Elle Turner with Current UKPSA Women’s Champion taking third and past British surf squad member Zoe Sheath coming fourth returning to completion after having a baby last year.

Next event on the tour is the UK Schools Pro Am in July followed be the Boardmasters in August.