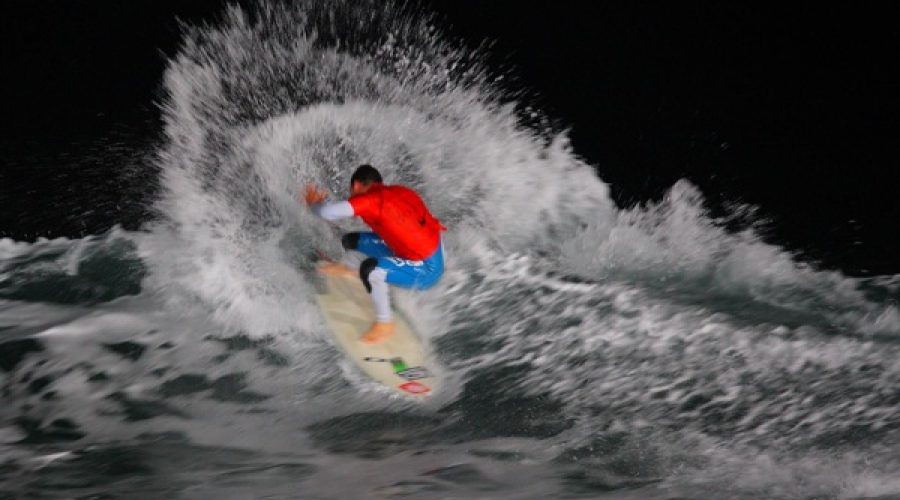 Newquay surfer Russell Winter dominated the Nike Night Surf contest held at Fistral Beach in Cornwall at the end of September. In the first UK Pro Tour stop of the year, Winter’s wave selection and quality of surfing manoeuvres left the other finalists struggling to keep up in the small but surfable 2-4ft waves.
Under the artificial flood lighting, which make the waves more difficult to read, Winter’s confidence and natural ability shone through to take a points lead over the original final favourites Lewis Clinton and an in-form Jayce Robinson.