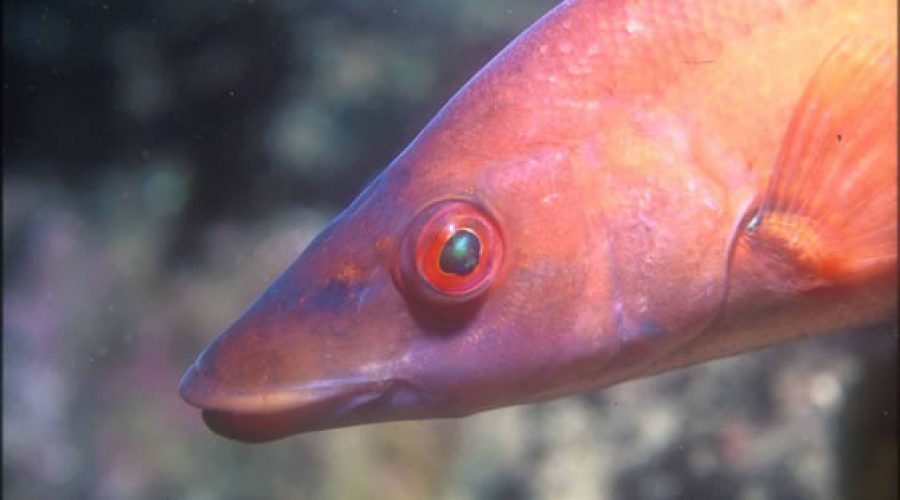 Six of the best dive sites in Cornwall

Scuba diving conjures images of exotic locations, warm seas and multi-coloured fish. Yet Cornwall boasts its own world-class dive sites. Here are some of the best. With an exposed Atlantic position and a sea warmed by the Gulf Stream, Cornwall provides some of the best diving in the UK. It offers everything from wrecks for the adventurous diver to easy dives for those who may have learned to dive abroad and want to take the plunge into English waters.

There are literally thousands of dive sites in Cornwall. To choose the best is an impossible task as you will always leave out someone’s favourite. So we have listed a few great dives that offer something for everyone, whatever your level of training.

Pendennis Steps
Many people start their diving at Pendennis in Falmouth. It is very safe for new divers and full of marine life and bits of wreck from the WWII German U boats that were scuttled in the bay. There is lots of kelp to get lost in to practice navigation. Catsharks (aka dogfish) are often seen with their eggs in the kelp. Back towards Pendennis Point are a couple of arches worth a look. Also in this area is Castle Beach which has a large piece of a submarine in very shallow water, where cuttlefish are often spotted.

The Hera
This wreck sits on the west side of Gull Rock in Veryan Bay, near Falmouth, and is diveable on most states of tide in good weather. With a depth of around 18 metres it is a good wreck to cut your teeth on. There are plenty of anemones, dead man fingers and many species of fish. You can easily launch your boat in Falmouth for the short trip to Gull Rock. Go with one of the local guided dives to be sure to see all of the wreck as it has broken into two halves.

Lamorna Cove and Logan’s Gully
The valley of Lamorna leads down to one of the best marine wildlife sites around. Most guide books give a maximum depth of nine metres, which is right if you stay in the amazing kelp forest just outside the harbour wall. But a short swim to the middle of the cove will give you a depth of 20 metres plus. After swimming over the sand you come to more kelp and rocks usually home to starfish and urchins. Nearby Logan’s Gully is an excellent dive site for everyone except those still training. The gully varies in depth from 5 metres to 30 metres and is covered in anemones and other marine life.

Volnay
This wreck was a cargo ship that struck the Mannacles in 1917. The captain attempted to bring the ship aground at Porthallow on the east side of the Lizard but it sunk in the bay, spilling its cargo and creating a classic Cornish dive site. It sits at a depth of around 21 metres so it is a good advanced dive, where you will still see the boilers and ribs of the boat. Diveable at most states of the tide she is a reasonably safe dive but beware of conical brass objects, as they may be detonators, which can still have unstable explosives. As always the wreck attracts a good amount of marine life but beware of any fishing nets abandoned after being snagged on the wreck.

The Manacles
We couldn’t talk about diving in Cornwall without mentioning the Manacles. This reef on the Lizard Peninsula offers varied diving for all levels of diver, from basic to the extreme. Porthoustock Cove is known as the gateway to the Manacles and is a good spot for boat launching. With a depth range of 5 metres to 15 metres, it has a variety of marine life and some really beautiful anemones in the gullies. This dive site enables clubs to visit the Manacles with a varied level of divers – novices can stick to a shore dive while experienced divers can visit the Mohegan. The Mohegan is a liner that hit the reef in 1898. It is one of the many wrecks on the Manacles and is said to be haunted. The tides are very strong here, so it is best left to experienced divers. Marine life includes conger eels, so don’t poke your hands into the holes on the wreck.

St Chamond
In St Ives Bay lies one of the most fascinating dives in Cornwall, which must be dived at slack water. This wreck is often known as The Train Wreck because the ship St Chamond was carrying three steam trains when it was torpedoed in 1918. While the wreck is now broken up, the train engines are still intact. Usually good for shoals of fish, this is an unusual dive which may have visibility of around 10 metres, so as you descend you can make out the shapes of the trains as you approach.

More information:
There are many other great dive sites in Cornwall – some are well known but others still hold their secrets. Novices and visiting divers should always use local dive schools and guides.

Dave Ball is from the Silver Dolphin Centre, which offers PADI training and guiding, and leads marine conservation projects in the Penzance area. Tel: 01736 364860. Web: www.silverdolphinmarineconservationanddiving.co.uk