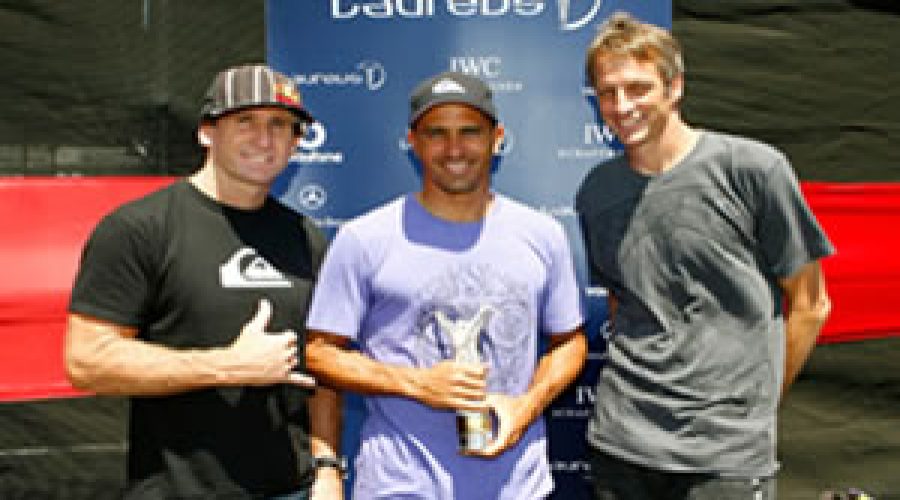 Legendary American surfer Kelly Slater was named the Laureus World Action Sportsperson of the Year at an awards ceremony Award in Los Angeles in August 2009. It is the second time in three years that the award has gone to Slater, who won a record ninth world surfing title in 2008.

At 37, surfing master Kelly Slater completed his most dominant year yet. Claiming an unprecedented ninth world title in 2008, Slater took first in six of the ten contests he entered. His 8,832 points this year absolutely dwarfed the 6,780 of his nearest competitor.

After receiving the Laureus World Action Sportsperson of the Year Award, Slater could not contain his delight in front of a live television audience and cheering fans. On accepting the award Slater said: "To be recognised on an international and mainstream sports level is something special that I haven’t experienced a lot. To be recognised in this group of athletes is amazing and something I’m happy to carry with me throughout my lifetime. I’m very honoured to win this award a second time."

Legendary skateboarder and Laureus World Sports Academy member Tony Hawk said: "Kelly is a pioneering athlete having become the youngest ever world champion in 1992 at the age of 20. And then in 2006 he became the oldest at 34. It is a tribute to his dedication to sport and his impact on surfing that he is still around and setting the standards to beat."