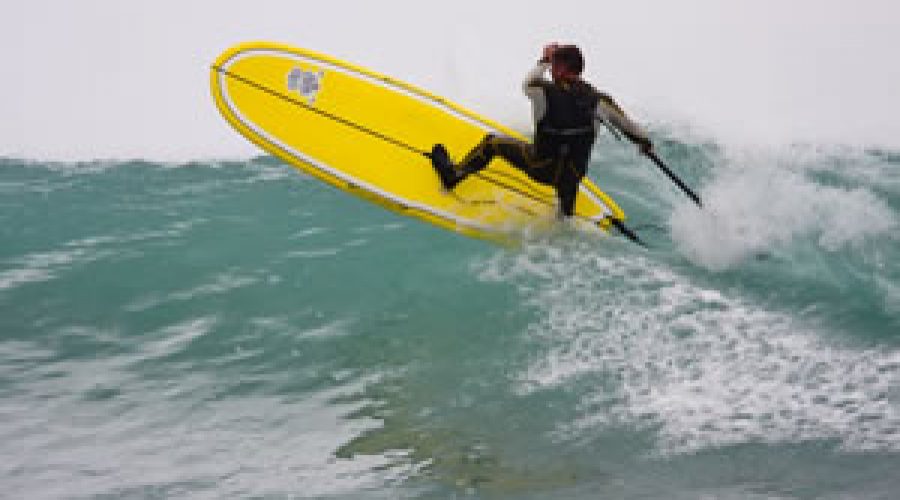 Stand Up Paddle Boarders Take to the Waves The nation’s top Stand Up Paddle Boarders will be in action at Watergate Bay this weekend (Saturday 16 & Sunday 17 October). This final event of the year for the British Stand Up Paddleboard Association will see the ‘paddlers’ competing across two disciplines, wave riding and distance racing.

As the first and only wave event of the year, Watergate Bay is set to attract some of the best surf style paddle boarders who will be going all out for fame and glory and a chance to become 2010 BSUPA National Wave Champion. All eyes will be on Newquay’s Adam Zervas who swept to victory in last year’s event, ahead of John Hibbard and Gareth Grant.

The Distance race is always a fun event to watch at the competition, with a mass of paddle boarders sweeping like crazy to be crowned champion. The Series Distance champion will also be decided at this event.

If the surf conditions are good, organisers also plan to stage a Wave Expression Session where competitors will be awarded points for the most radical or difficult manoeuvres.

The action takes place at Watergate Bay all weekend, combined with a party with live music in The Phoenix pub in the bay.

Read more information on Stand Up Paddle Boarding in Cornwall >>