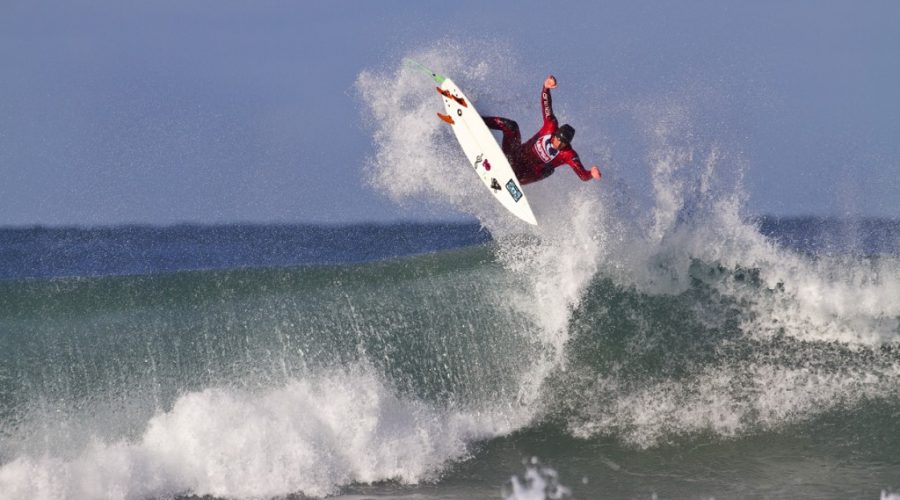 Home-grown Newquay boy, Alan Stokes was crowned British Champion 2012 at the British National Surf Championships on Sunday 18th November.  He competed against surfers from all over the world who took part in epic conditions on Fistral beach, Newquay.

Stokes attributed his third British title to his Nan, saying, “My Nan is turning into my good luck charm as well I think. I won my two other British titles in the North East where she used to live and now she has only just moved to live here in Newquay and I’ve gone and won my third!”

He added, “I came within a whisker of landing one of the biggest airs I’ve done in the quarters and squeaked through in 2nd that felt like a turning point in the event for me. Even though I still had a pretty poor heat total the air left me feeling good about my surfing and I took that into the semi’s where the waves just turned on. The wind had sifted out the weird north wobble, the tide was low and just hitting the right banks – it was about as good as Fistral gets for high performance surfing.
I felt in rhythm in the semis and posted two solid scores. When the tide got lower that’s when I feel right at home out there – I have my land point I line up with and I’m confident then because I can see what the waves are doing.

I couldn’t have asked for the final to be at a better time, it was just perfect for me, the tide was starting to push and the north peak that I surf pretty much every day was just pulsing. It’s a really tricky part of the beach to read because there are some rips and a wedge that push set waves around a little before they hit the inside bank. I saw the other guys were trying to position themselves for the same waves but I guess that’s where my local knowledge helped!

St Ives surfer, Tassy Swallow took the top spot in the Under 18 Women’s surfing.  This follows on from a good year for Tassy!

Lloyd Cole, Surfing GB’s head coach added, “Next year, we are going to be taking our top surfers to compete on the global stage and they are looking 100% committed. From what I have seen this weekend the levels of performance have gone up yet another notch”.

Here’s to the continuing success of the British team!