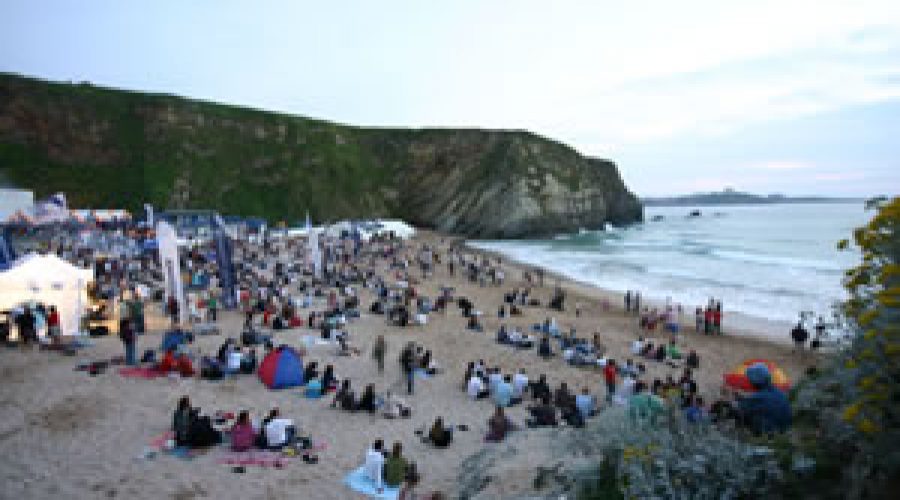 Alan Stokes wons the Gul Night Surf at Fistral Beach in Newquay with a spectacular display of surfing, scoring a perfect 10 on the way to the final. Stokesy now has the most wins for an individual event on the UK Pro Surf Tour, making it three times over the nine year history of the competition.

Runner up was local surfer Tom Butler, who must have put on the most improved performance by any individual surfer and was unlucky to lose out in the final, despite scoring the best wave of the heat. Third place went to Reubyn Ash of Bude, whose semi final heat raised the bar for the other surfers. Fourth place went to Oli Adams who failed to catch the better waves coming through in the heat.

Jo Denison from Pembrokeshire dominated the Women’s event throughout all her heats, also taking the Queen of the wave award, for the highest Women’s scoring wave of 9.5, sponsored by King of watersports.com. Second place went to Gwen Spurlock of Swansea making it her second runners up place on the Tour. First time finalised Laura Crane who normally competes in the under 16 Girls division took third place, followed by forth place for Hannah Harding of Totnes.

Winning the Relentless money move for the best floating manoeuvre was past tour champion Micah Lester of Australia. King of Watersports.com highest scoring wave was of course taken by Alan Stokes.

Many thanks go out to all the sponsors of Gul Night Surf including the International Surf Centre, Ann’s Cottage, Fistral Blu, Beach Night Club and Custard Point.

Director of UK Pro Surf Tour Dave Reed comments “I would like to thank all the sponsors of this spectacular event, one which will be hard to improve on in the future, but I am sure we will, with the commitment of leading UK surf brand Gul International. Without their foresight and support of surfing the event would not have taken place this year.”