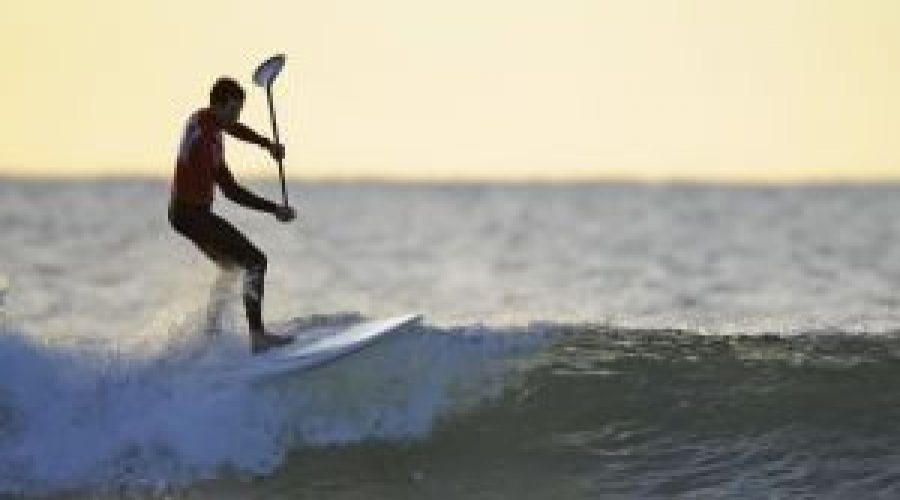 Britain’s stand-up paddlesurf (SUP) champions will be decided in a winner-takes-all national championship event at Watergate Bay in October.

The Extreme Academy will host the British Stand Up Paddle Association (BSUPA) championships on the weekend of 15th and 16th October 2011 in an event which will attract the UK’s best exponents of this emerging form of surfing.

Competitors will take part in two different disciplines, with divisions for men and women. A long-distance ocean paddle race will see competitors cover up to five miles, requiring skill, technique and stamina; while wave-riding skills will be tested in a performance surfing competition.

Competition organiser Richard Marsh said: “Watergate Bay is one of the UK’s premier watersports venues; from its consistent surf conditions to the natural amphitheatre, it gives competitors the opportunity to showcase their skills, and spectators the chance to see the action.”

As well as competing for the championship, the surfers will also battle it out for the coveted title of ‘Watergate Bay Waterman’ sponsored by the Extreme Academy. This fiercely coveted title will be awarded to the competitor with the highest combined score from both the men’s wave and distance competitions, who will win a meal for two at The Beach Hut restaurant.

2010 British wave champion Neal Gent won the Watergate Bay event last year, and the West Sussex surfer is hoping to claim the title again this year. He said: “Watergate Bay is a fantastic beach for any watersport, but stand-up paddlers benefit especially from the surrounding cliffs which offer good protection from the wind unless it is really northerly. Added to this there is the potential for really good waves throughout the tide, and a number of different peaks and banks to create the best chances of decent waves.

“The Watergate locals are always a tricky draw, especially Adam Zervas, who was unlucky to break his paddle in the semis last year. I have a couple of new moves and combinations I’ve been practicing, but in a competition most heats are won with good wave selection. You never know what the last seconds of a heat will bring, so I don’t stop looking for a better score until the klaxon goes.”

The surfing competition in which competitors will show off their tricks on the waves will take place on Saturday, with the distance race  from Watergate Bay to Porth and back taking place on Sunday.

Also taking place on the Sunday is the Westcountry Watersports Wave Expression competition, followed at 3pm by a prize giving ceremony.

Last year’s overall women’s champion Marie Buchanan is aware of the challenges posed by a stand-alone national championships. Marie, who has already won the 2011 Summer Sizzler race series, said: “There is real pressure to perform because there is no chance to make up for a bad result at another event. I would especially like to win in the waves as Watergate Bay will be my one and only wave competition in 2011.”

For more information on the event go to www.ipaddleboard.co.uk