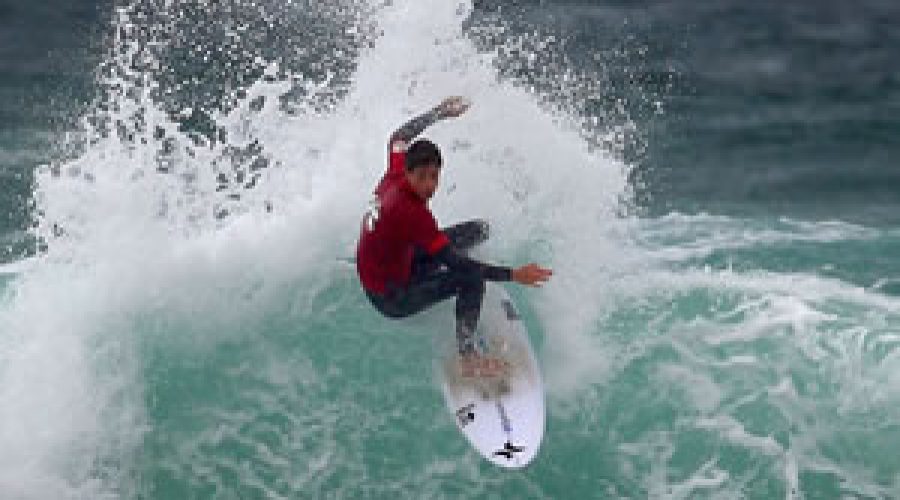 Surfers & Lifesavers Battle The Elements At The Surf Relief Festival, Braving the stormy waves on the first day of the event were surfers competing in the opening rounds of the UK Pro Surf Tour. The 4-6ft surf was torn apart by strong onshore winds, making stamina and persistence as much of a factor in the heats as technical surfing ability.

After Friday’s challenging conditions, surfers in the UK Pro Surf Tour were pleased to see a marked improvement in the waves, with the 2-3ft swell given decent shape by a light cross/offshore breeze.

Croyde’s Beau Bromham won the Under 16 Boys division ahead of Leon Mansfield (Newquay), but aerial specialist Reubyn Ash stole the show in the surfing, winning the Open division and picking up bonus prizes for the King of Watersports highest wave score and the Relentless Money Manoeuvre.

Open winner Reubyn Ash said: “Conditions were really hard yesterday so there was a bit of luck to get through that, but today it got a bit better because it was more manageable. There was more of a contest rather than just a paddle battle. It was good to win the Money Manouevre – I did a little frontside air reverse which I managed to pull off in my final heat, so it was all right.”