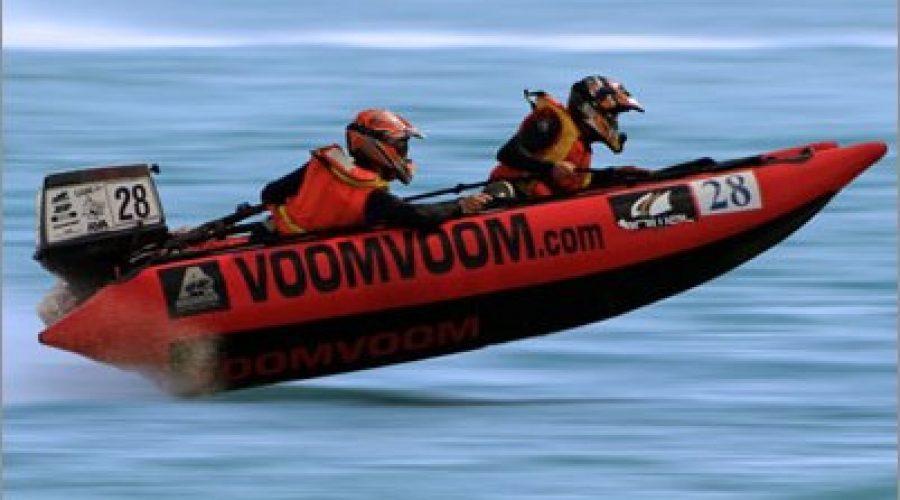 Thundercats are go at Watergate Bay A new adrenaline-fuelled surf powerboat racing event comes to Watergate Bay this weekend (Saturday 19 and Sunday 20 May) when the Thundercats take to the water for the first round of the 2012 Thundercat National Championships.

The event, nicknamed White Out at Watergate Bay, will feature the high powered Thundercats taking part in some thrilling racing. With all the action taking place just metres from the shore, potentially in breaking waves, spectators at this event can experience the thrill of this fast-paced powerboat racing at close hand.

Thundercat race organiser James Tapp said: “All the teams are buzzing about coming to Watergate Bay; they finally get to show off their awesome machines in some seriously testing conditions.

“This is an event we hope to build up year on year with the Extreme Academy, as it is a stunning venue for us. Spectators can expect to see explosive wave jumping and competitive surf racing – if there is any kind of swell running it adds an extra dimension to the racing and we’ll really see what the crews are made of.” The inflatable catamaran boats originated in South Africa, where they were designed to be used in the country’s powerful surf and fast-flowing rivers. Each four meter boat is crewed by a team of two: a driver to steer, and a co-pilot who uses their weight to stabilise the Thundercat and help achieve the greatest possible speed around the M-shaped course.

The teams will each race in four heats, earning points to decide the 12 fastest crews who go on to compete in a final where they will be awarded double points. At the end of the day’s racing all the points from the qualifying heats and the finals will be added together to determine the final positions.

Round one of the championship will take place on Saturday 19 May, with the first race starting at 1pm and the final completed by 4pm. On Sunday round two will commence at 12pm and finish at 4pm. The winning teams will take to the podium after racing has finished on the Sunday.

The championship, which features 13 rounds held across six UK locations, sees teams from across the country compete for the fastest time and the title of Thundercat champion.