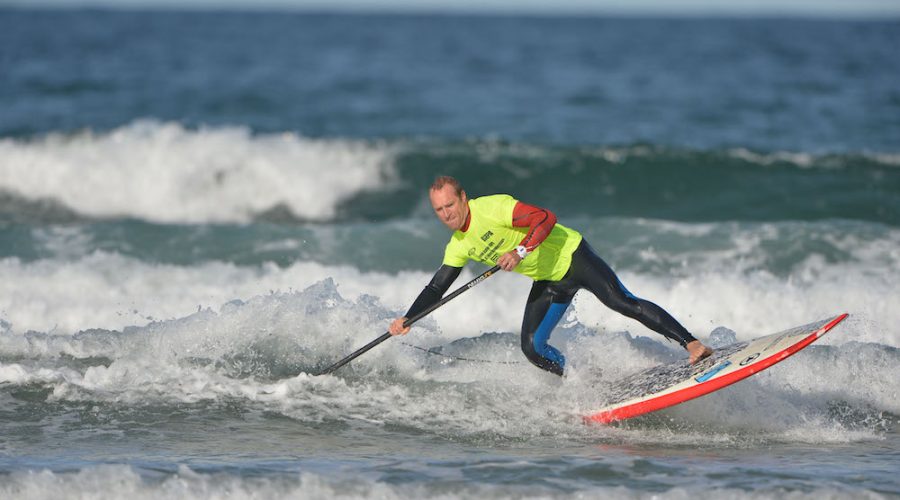 Some of the nation’s top watermen will battle it out for title of ‘Legend of the Bay’ in a combined kitesurf and stand up paddle board event to be held at Watergate Bay on the weekend of 18 & 19 April.

Launched in 2013 ‘Legend’ brings together stand-up paddle boarders (SUP) and kitesurfers for one big weekend. Competitors can choose to enter one or both of the competitions for a chance to win the coveted ‘Legend of the Bay’ title.

As a collaboration between the British Stand Up Paddleboard Association (BSUPA) and the British Kitesports Association (BKSA) and judging by the list of those competing, it’s shaping up to be a really exciting event.

Stand-up paddle surfing has been described as a cross between canoeing and surfing, where riders stand on a large surfboard and use a paddle to steer, turn and propel themselves through the water. If you’ve visited the beach in the last few years, its likely that you will have seen them in action out in the surf or flat water.

The kitesurf element focusses on wave-riding skills, with competitors using powerful kites to pull them into the waves to complete airs, turns and tricks.

Competitors can enter either individual competitions in their favoured sport – a wave jam kitesurf event, or a SUP surf competition – or they can challenge for the coveted title of ‘Legend of the Bay’, which will be awarded to the competitor with the highest combined score from both disciplines.

In 2013, Watergate Bay veteran and former Extreme Academy instructor, Dom Moore took the title in a fierce competition and perfect conditions, with over 40 competitors. The disciplines cover every angle, when its windy the kites are up, when it’s calm the SUP’s are out. A great event for spectators.

Skill and focus will be needed by anyone who hopes to steal the crown from Dom. He’s been wearing it for two years so it fits pretty well. Definitely an event not to be missed.