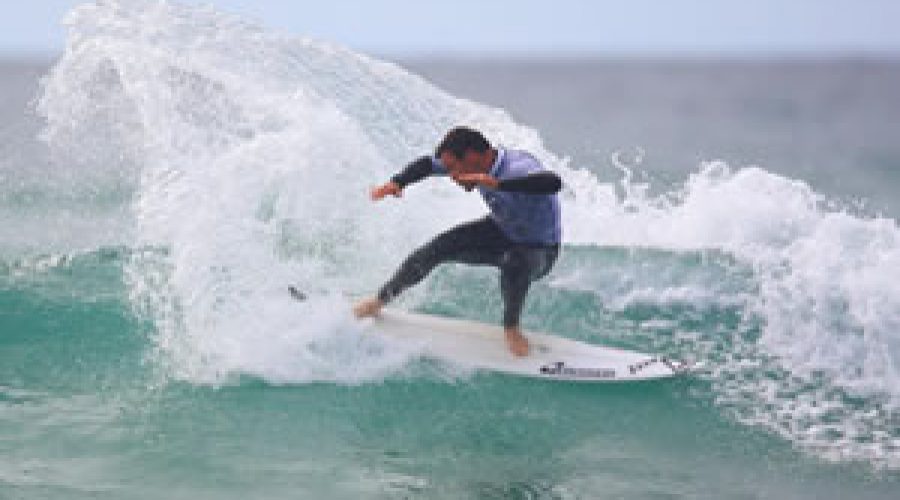 Winter dominated the event from start to finish winning all his heats throughout the two days of competition, which is part of the UK Pro Surf Tour.

Winter commented: “It’s fantastic to win an event that helps out the charity Surf Relief UK. I have only been in the water two weeks after recovering from a compress fracture of the arm. Hopefully my form will continue to improve for the rest of the year.”

In the Women’s event Holly Donnelly returned from competing in Portugal and France to defeat some of the best female surfers in the country and win the Women’s White Stuff Surf Relief event. In second place was Jo Denison from Wales, third went to Sarah Bentley and Nicola Bunt from St Agnes was fourth. In the Junior divisions, Zoe Sheath from Isle of White competing in the Under 16 Girls made it three wins in a row. In addition to all the prizes given Relentless Energy Drink awarded Russell Winter £250 for the highest scoring wave of the event, which was a 9.5 out of a possible 10.0 in his semi final heat of the Open.

Dave Reed, contest director for the surf contest and tour, commented: “The event was a great success, the surfing was at the highest level. I would like to thank the surfers who took part for supporting, not just the event but the charity Surf Relief UK. We managed to raise £1,340 from the UK Pro Surf Tour toward the charity and their efforts to help disabled and disadvantaged children.”

Dave Manley, Chairman of Surf Relief, commented: “Surfing is at the core of what Surf Relief is all about and having one of the of the UK Pro Tour competitions at our annual fund raising event adds further creditability to the charity. Many other events took place over the weekend for which we are very thankful. I am pleased to announce we have raised in the region £30,000 for the charity, the most for any of the events so far.”