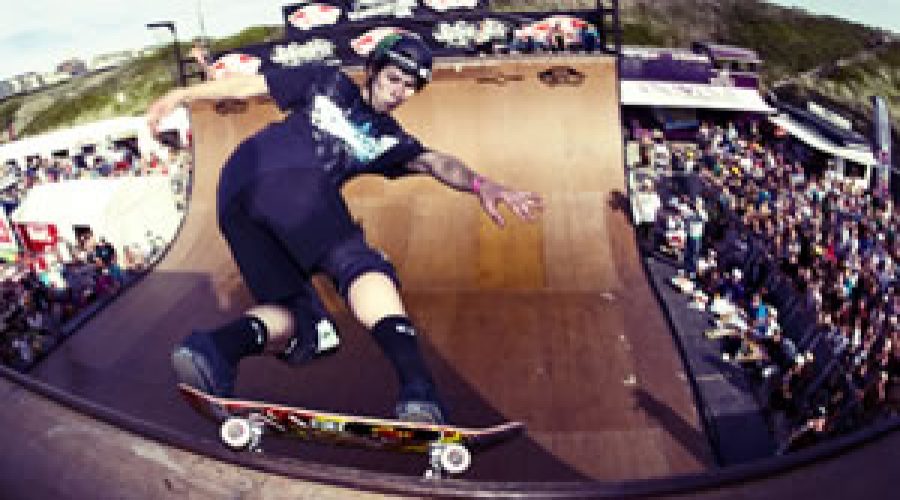 Top talent in surfing, skateboarding and live music will descend on Newquay this month when the Relentless Energy Drink Boardmasters Festival rolls into town.

Now in it’s 30th year, the festival promises to be the biggest and best yet with a fantastic line-up of live music acts, skate contests and surfing from some of the world’s top surf professionals.

The jewel in the Boardmaster’s crown is the Men’s surfing event bringing the cream of the top International surfers to the Newquay waves, including Kolohe Andino (USA), Roydon Bryson (ZAF), Maxime Huscenot (FRA), Roy Powers (HAW) and Tom Whittaker (AUS) among others. The upgrade from a 5 to 6 star contest has boosted the event up to one of the elite stops on the World Tour with $145,000 in prize money.

The Tuaca Longboard Pro will see the top longboarders in the world competing for the vital ratings points and the $15,000 prize money. Newquay resident and World Games silver medalist Ben Skinner will be competing to keep the title in his home town, against some stiff international competition.

The women’s Tuaca Longboard Pro is a 6 star event with the very best in international talent fighting for top honours. Local Newquay resident Candice O’Donnell will be taking on the competition to win on her home waves.

As ever, the festival attracts the biggest names in BMX and Skate from across Europe for the Vans Summer Sessions.

A proud affiliation with Cool Earth and SAS this year bring together two large organisations who want to educate and offset the negative impacts of the festival. Cool Earth will protect an area of the Amazon larger than the festival site, and protecting a tree in the name of every artist performing at the event and in conjunction with Visit Cornwall the event will be carbon proofed. Even more reason to come down and support such an amazing cause.

Along with Cool Earth, SAS Surfers Against Sewage is another partner for Relentless Energy Drink Boardmasters this year. They will be running their Beach Clean up every morning along with Vans where volunteers can go down early morning and help clean the beach, with the first ten people to register at the Sports Vision office each morning awarded a Vans Beach Clean Up pack.

For further information and up to date news visit www.relentlessboardmasters.com