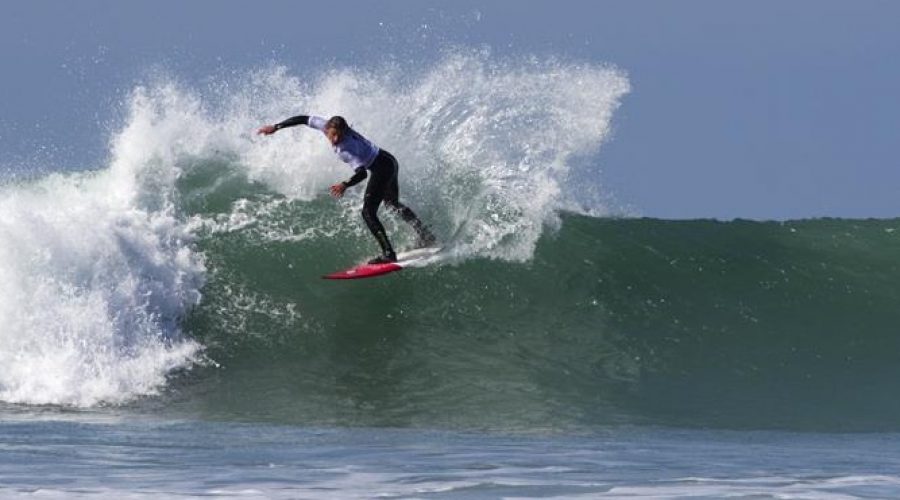 Alan Stokes kicked off the 2015 contest season with an impressive win at the Reef Single Fin Classic Invitational at Fistral Beach in Newquay in March.

The Newquay surfer took top honours in the retro board surf contest organised as part of the Approaching Lines International Festival of Surf – a curated festival of surf film, photography art and creative surfing in the water.

This invitation only event featured 12 of the UK’s most talented surfers in a single fin style-off at Cornwall’s most iconic surf spot.

There were two categories – the Junior Single Fin (for post 1981 surfboards) and the Senior Single Fin (for original pre 1981 vintage boards). Alan Stokes was judged the winner in this hotly contested event held in quality four foot surf, as he was deemed to exude the most stylish surfing with smooth expressive riding, linking power with flow and stoke whilst going for broke.

“It’s not necessarily the difficulty of manouevre that counts,” explains Contest Director Nick Holden. “In true Approaching Lines spirit it’s also about the style with which it’s executed.”

Approaching Lines Event Director Chris Nelson added: “We were amped to be able to bring this classic event to a venue with such a rich surf heritage. The single fin is not only a classic surf craft that was pioneered by many of Cornwall’s great shapers, it has also become a modern progressive design, used by an increasing number of surfers today.”