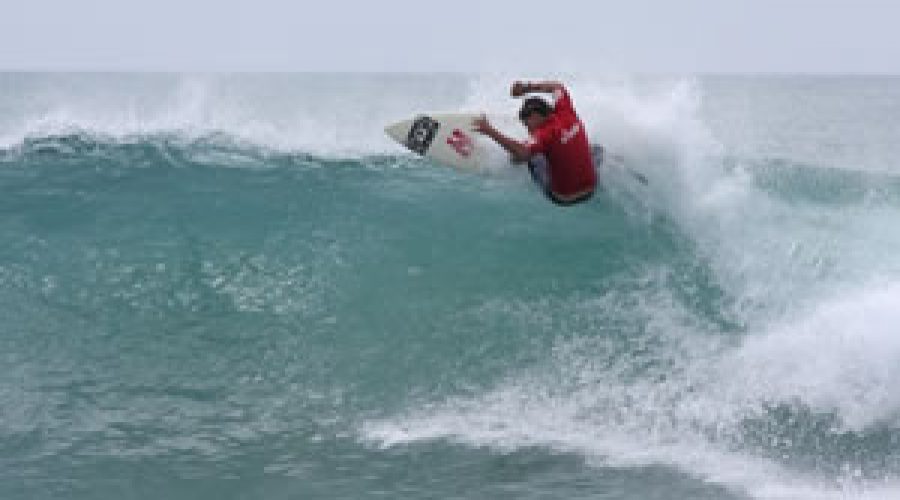 With big swells forecast, the Animal Newquay Open is set to crown the 2009 UK Pro Surf Tour champions at Fistral on the 14th and 15th of November. The event will be the final stop on the UK Pro Surf Tour 2009.
The UK’s top surfers have travelled throughout the UK during 2009 to events on the UK Pro Surf Tour and it looks set to be a tense title decider at Fistral, with just a few points standing between current tour leaders: Bude’s Reubyn Ash, Animal rider Alan Stokes, 2002 Tour Champion Mark Harris and Reubin Pearce 2008 Tour Winner.
The 1 star event supported by Animal will consist of Men’s Open, Women’s Open, Under 16 Boys division and Pro Junior with a prize purse of over £3,000.
Animal  team rider Gwen Spurlock is leading the women’s event after missing last season with a serious head injury and will be hoping to continue her good form and incredible come back.
Dave Reed, Director UK PSA comments,
“It is great to have one of the UK’s leading surf brands, Animal supporting the tour, sponsoring the concluding and deciding event. This year we have seen without doubt, one of the most exciting series of events and it is fitting that it will all be decided at the tour finale”.

Steve Kitchin, Animal sponsorship manager added, “We are proud and excited to be involved with the Tour decider event and looking forward to working with the UK PSA in highlighting the talent and developing the quality of British surfing”.

The weekend will also see the 2009 Surf Awards being held at the new Fistral Blu Bar on Sunday the 15th of November to celebrate this year’s achievements in surfing and to officially crown the 2009 tour champion. Tickets for the Surf Awards are available now through the UKPST office.