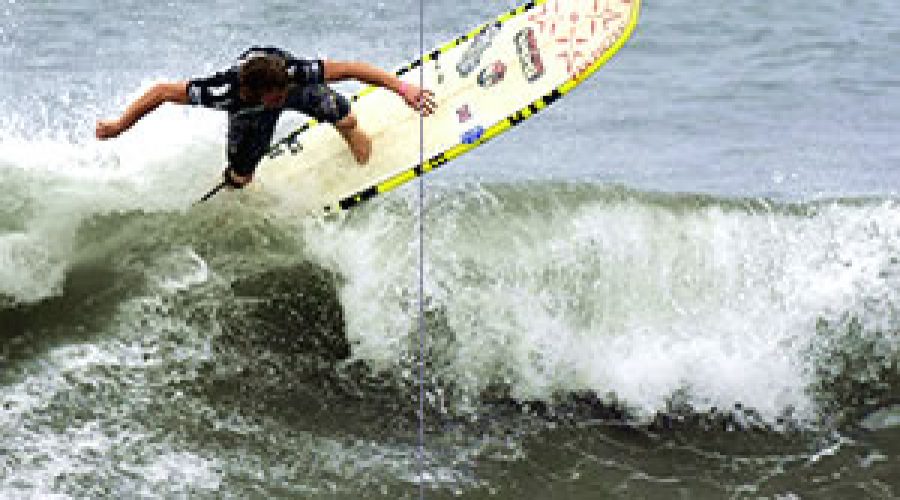 The competiors from all over Europe faced a variety of conditions during the two day competition, including big clean waves on Saturday to huge choppy conditions on Sunday.

The three star-rated event, part sponsored by the Extreme Academy, Hendra Holiday Park , Flowrider at Retallack as well as Skinners Fine Cornish Ales to name but a few, attracted some of the biggest names in the sport and was an absolute surfing show for spectators.

The event was organised by Cornwall based surfer Ben Skinner. He said: “I’ve been passionate about bringing this event to Cornwall – the ETL has been running for four years and until now we’ve never had a round here in the UK. As a surfing nation we’re really strong in Europe and this has been a great showcase for Cornwall and British surfing.”

The fund of €5,000 meant high stakes for the surfers, the winner Remi Arauzo pocketed a cheque for €1,000 and 1,800 championship points on a SKINDOG board borrowed from Ben Skinner after snapping his board. In second place was event organiser Ben Skinner, with joint third was shared by Newquay’s Adam Griffiths.

The ETL will reach its conclusion in November with the final two rounds taking place in Morocco and Portugal on consecutive weekends.

After a heavy day of surf on Saturday in what can only be described as epic conditions the competitors and European judges where treated to a night of fun at the Retallack’s flowrider the Loop. The evening which raised funds for the Precious Lives Appeal in memory of Newquay toddler Joe Way raised £500.

The highlight of the evening was Judge Norman Wright and BLU founder Minnow Green who surfed the Flowrider in Speedo’s much to the delight of the crowd who donated £150 to watch the spectacle.

Matt Way, Joe Way’s Dad, said: “This event has once again shown how Cornish businesses can worked together to put on a great European competition which has left our visitors with a lasting memory of epic surf against a beautiful Cornish back drop. Saturday’s charity night was fantastic and Claire and I cannot thank Ben, Jason and Karl’s flowrider team enough”.

Back on the beach on Sunday saw bumpy conditions with heavy sets of 4-6 foot keeping the safety team and officials on their toes.

Ben Skinner reflected on the weekend: “I cant believe how lucky we have been for the 1st ever European Professional Longboard event in the UK. I want to thank everyone involved to make this happen, its amazing to see local Cornish Businesses come together to bring something as spectacular as this to Cornwall.”

Ben added: “I can’t wait to start organising the event for next year, we are already planning it and we want it to go from a 3 star event up to a 4 star and again, show Cornwall how good our longboarders are. Thanks to everyone for all there support before and during this event.”

Inspired to learn to surf? Find out where in our section on Surfing Cornwall >>